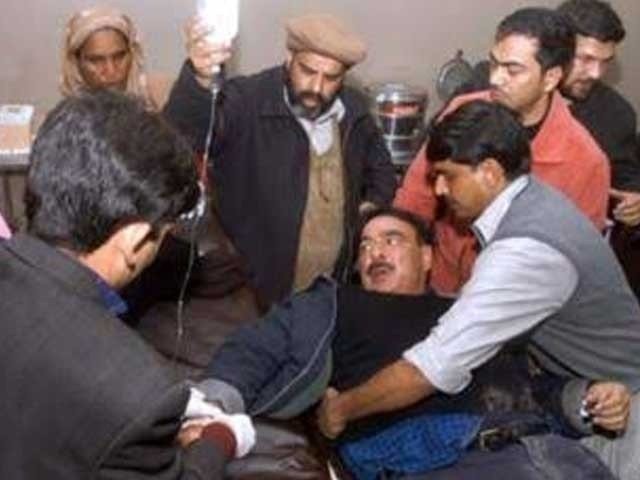 RAWALPINDI: Minister for Railways Sheikh Rashid Ahmed was hospitalised on Monday due to a heart-related ailment.

The minister was rushed to the Holy Family Hospital after he complained of chest pain following an address at a ceremony in Rawalpindi.

After an initial examination, Rashid was shifted to the Rawalpindi Institute of Cardiology (RIC) where he underwent an angiography conducted by the institute’s head, Major General (retd) Dr Azhar Mehmood Kiyani.

The procedure uses X-ray imaging to see the heart’s blood vessels to determine if there’s a restriction in blood flow going to the heart.

The senior doctor confirmed a clot was found in one artery but an angioplasty was not required at the moment.

He said Rashid has been advised to rest and the clot would be treated with medicines for the time being.

The minister is expected to be discharged from the medical facility tomorrow.

Born in Rawalpindi on November 6, 1950, Rashid has been a constant feature in Pakistan’s political scene since his first election win in 1985 during ex-military dictator Ziaul Haq’s regime.

He was also among the closest aides of former military dictator Pervez Musharraf and served as his minister for railways and information.