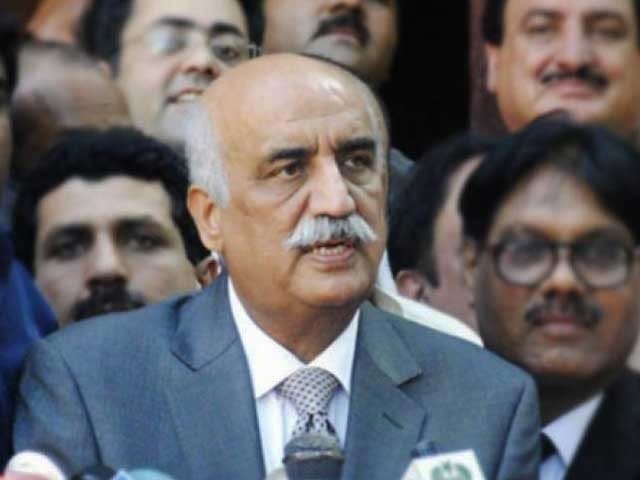 Sources told The Express Tribune that officials of the National Accountability Bureau (NAB) shifted Shah to the medical facility after he complained of chest pain.

The medical team will run tests including checking the Troponin I levels in his bloodstream. Troponin I is a marker of cardiac injury.

Shah is expected to undergo an angiography at NICVD Sukkur later on Sunday. The procedure uses X-ray imaging to see the heart’s blood vessels to determine if there’s a restriction in blood flow going to the heart.

The PPP leader will be moved to NICVD Karachi on Monday.

Shah has been in NAB custody since September 18 when he was arrested from Islamabad in a case pertaining to alleged assets beyond means of income. He was then moved to Sukkur.

The PPP has also voiced concern over the deteriorating health of former president Asif Ali Zardari.

He held the Pakistan Tehreek-e-Insaf (PTI) government responsible for the former president’s condition and demanded that he be provided the required medical attention.

Bukhari claimed that Zardari’s transfer to the hospital was deliberately delayed and said the government would be responsible for any eventuality.

In June, the accountability watchdog arrested Zardari in a case pertaining to the money laundering of billions through fake accounts.
(With additional input from our correspondent in Islamabad)