Pakist­an will have to do more than give streng­th to the electo­ral proces­s
By Shahid Javed Burki
Published: November 18, 2019
Tweet Email 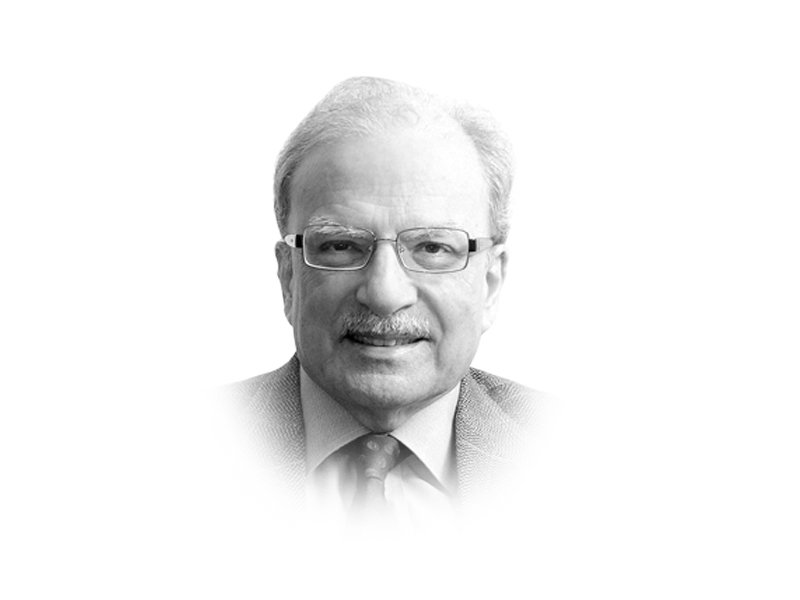 If there is one thing all economists agree upon, it is the importance of confidence in the working of the economy. Uncertainty is bad for making economic progress. It has several adverse consequences. Two of these are important. The first is that it leads to reluctance on the part of potential investors to make medium- or long-term commitments. Without those the economy would simply coast along at a rate not much more than the rate of population increase. To ensure socio-economic stability, empiricists among economists believe that the overall rate of growth has to be at least twice as high as the rate of population increase. In Pakistan’s case that translates into a rate of increase in the national income of about five per cent a year. Anything below that would leave the number of those living in poverty unchanged and the backward regions to continue to lag behind. Most current predictions in Pakistan’s case keep the rate of growth for a while hovering around 3-3.5% a year. This would not be good for the country’s overall stability. That said the massage needs to get across to the people that the country has the potential to double the rate of growth and thus begin to bring about social betterment. What is required is a new development paradigm.

The other important consequence of uncertainty is that it erodes confidence in modern institutions. These include those in the political domain. Ever an optimist, I had come to believe that the elections of July 2018 had finally set Pakistan on a course that, in the not too distant future, would take the country towards political stability. The elections had handed over power to a new kind of political leader who headed a new kind of political party. Imran Khan and his Pakistan Tehreek-e-Insaf did not depend on dynastic politics as did the Pakistan Muslim League (Nawaz) and Pakistan Peoples Party. In addition to peopling the ranks of senior leadership from the members of the two families — the Sharifs and the Bhuttos — the PML-N and the PPP drew strength from patron-client relationships. The PTI is different. It has the support of the youth — in particular the young in the rapidly growing urban areas — and they are looking for politics and economic management that would meet their aspirations.

If the move from the PML-N and the PPP to the PTI produced political stability, it would lift the economy to a much higher level. Pakistan would experience social progress and provide people with the faith that they could resolve their differences through discourse carried out in established forums. The resort to the street would not be necessary; representative assemblies at federal and provincial levels would have the ability to bring on board all segments of the population.

That would happen only if the results produced by elections were accepted by those who lost them in them. That has not happened. Maulana Fazlur Rahman’s Azadi March was preceded by Imran Khan’s dharna. The PTI then and the JUI-F now were not prepared to accept the election results, arguing that the bureaucratic machinery that was responsible for conducting the polls could not be trusted to be honest in their handling of the electoral process. Here it might be instructive to look across the border at India. Jawaharlal Nehru’s death in December 1964 took away the leader who had governed for 17 uninterrupted years and in a manner that gave the people an impression of fairness. To compensate for his loss, the politicians who took the reins of power after the great leader departed, decided to empower the country’s Election Commission with extraordinary amounts of authority. With the powers it was entrusted it would not be influenced by political forces. The result was that no Indian election led to the type of questioning that has marred the Pakistani polls held in 2013 and 2018.

But Pakistan will have to do more than give strength to the electoral process. It has to find a way to accommodate those who feel excluded. Those who followed the Maulana into Islamabad belong to the country’s religious right. They are mostly young men who have studied or are studying in the religious seminaries that now dot the land. This group wants not only fair elections but a change in the political system in order to make it more Islamic. They are being educated in ways that doesn’t prepare them for participating in the economy — certainly not in the economy’s modern sectors. They rightly worry about their future; despair is not an uncommon sentiment among them. They have been led to believe that a change in the system of governance would cater to their needs. Their leadership wants religion to be firmly embedded in governance and for the military to be kept out of policymaking.

The rise of the religious youth in Pakistan is one part of the movement that keeps stirring the Muslim world. It produced the Arab Spring of 2011, civil wars in Yemen and Syria, and now the anti-Iran movement in Iraq. The last of these three is an interesting development in that even when religion has made its way into politics as it did in Iraq; it did not keep the restive youth satisfied. What is happening in Iraq is different from what is occurring in Islamabad. While the youths are involved in both movements, there are important differences from which interesting conclusions can be and should be drawn.

The PTI government’s handling of the “Azadi March” was on the right line. It read the situation correctly. The inspiration behind the Maulana and his call for action was a relatively small segment of the youth in the country’s population. Most of the young in the country had supported Imran Khan and his political party and put them in office. They had bought the slogan of “Naya Pakistan”. What was naya or new in the Pakistan they sought were the political, economic and social systems that would work for the common man and woman. It would not allow the elite to dominate politics and plunder the country’s wealth anymore. The changes they want will take time to work their way through the systems. The Prime Minister needs to get this message across to the people with the kind of force he used to get his four points across to the global community in his September address to the United Nations. The systemic adjustments he is making were long overdue. Pakistan’s current economic difficulties are the result of the legacy the previous groups of leaders have left behind.