Fawad Chaudh­ry says the matter should be discus­sed by the NA rules commit­tee
By ​ Our Correspondent
Published: November 16, 2019
Tweet Email 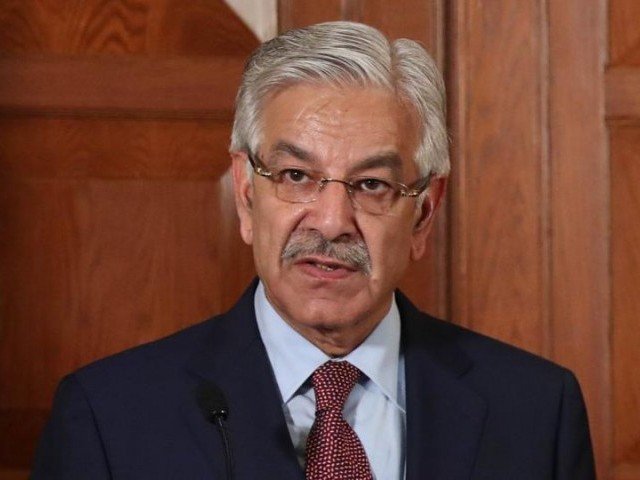 The motion has been filed against Asif for misrepresenting comments made by the government regarding former premier Nawaz Sharif’s health.

According to the minister, the PML-N leader misquoted the government in the National Assembly saying, “Let Nawaz Sharif die”.

Chaudhry also noted that the Islamabad High Court said that the federal and provincial government had no objection to Nawaz Sharif’s bail.

He also stated that lying in the NA violated the privilege of the House, and the matter should be discussed by the National Assembly Standing Committee on Rules of Procedure and Conduct of Business.

On Thursday, the PML-N leader said an indemnity bond to the tune of Rs7-7.5 billion was nothing but the government must not go blind with its politics of revenge and should allow Nawaz Sharif to go abroad for treatment.

Speaking on the floor of the National Assembly, Asif warned the government once again that if anything happened to the PML-N supremo, Islamabad would be held responsible.