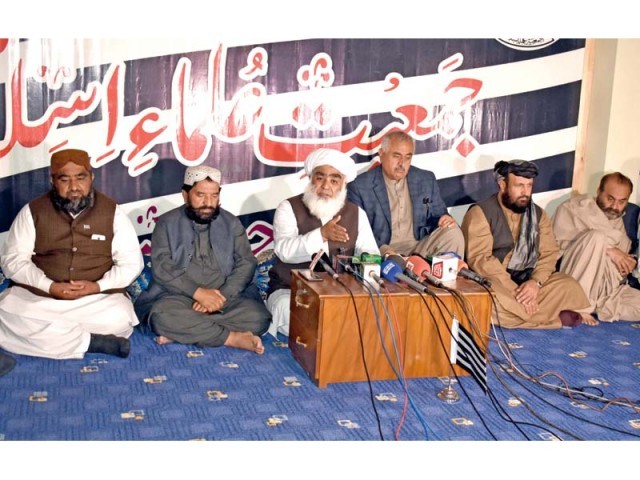 QUETTA: Jamiat Ulema-e-Islam-Fazl (JUI-F) Balochistan Ameer and Member of National Assembly Maulana Abdul Wasay said that Azadi March has turned into a movement as its second phase has commenced in the province.

The MNA said this during a press conference in Quetta.

“We have blocked Quetta-Karachi national highway in Khuzdar and Dera Ghazi Khan road in Loalai,” he told reporters.

The JUI-F leader also informed the media about the plan of blocking other roads and highways in the province.

Extending the plan to upcoming days, he said that the party will block Quetta-Taftan and Quetta-Chaman highway on Sunday. Besides, Quetta-Gwadar and Quetta-Karachi highways will also be blocked on Monday from morning till evening to record their protest.

Claiming to achieve the objectives, the MNA said, “The government of Balochistan will topple in just two days.”

The JUI-F protesters, as per plan of Azadi March, accompanied by the National Party and other allied protesters, blocked Quetta-Karachi national highway in Khuzdar on Thursday. The protest caused massive traffic jam on Quetta-Khuzdar national highway.

It is also reported JUI-F protesters also blocked the road in Balochistan’s industrial town of Hub.

Last month, the JUI-F led by the party’s chief Maulana Fazlur Rehman initiated Azadi march towards federal capital of the country on Oct 27. The protest continued till Nov 13 when Maulana declared to call it off commencing plan B of the strategy.