Brexit backer­s argue it will enable Britai­n to forge closer econom­ic ties with other countr­ies around the world
By AFP
Published: November 14, 2019
Tweet Email 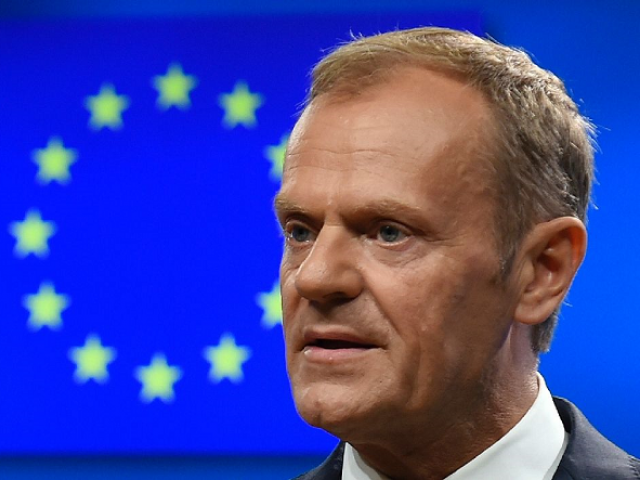 BRUSSELS: Britain will be a “second-rate player” after Brexit, unable to compete with big powers like the US, China and EU, outgoing EU Council president Donald Tusk warned Wednesday.

The former Polish premier said Brexit supporters were deluded if they thought leaving the EU would bring a return to dominance on the world stage, saying the departure marked “the real end of the British Empire”.

Tusk’s outspoken intervention comes in the midst of a UK election campaign in which Brexit is one of the key issues dividing the parties, and he urged those seeking to keep Britain in the bloc not to lose hope.

Some Brexit backers have argued that leaving the EU, the world’s largest trading bloc, will enable Britain to forge closer economic ties with other countries around the world.

“You could hear in these voices a longing for the Empire. But the reality is exactly the opposite — only as part of a united Europe can the UK play a global role,” Tusk said in a speech at the College of Europe in Bruges — a finishing school for the next generation of EU bureaucrats.

“And the world knows it… after its departure, the UK will become an outsider, a second-rate player, while the main battlefield will be occupied by China, the US and the EU.”

Prime Minister Boris Johnson is fighting the December 12 election on a pledge to “get Brexit done” after failing in a pledge to get Britain out on October 31.

The new departure date is January 31, but the main opposition Labour party is pledging to renegotiate the divorce deal and put it to a second referendum, while the Liberal Democrats have vowed to scrap Brexit altogether.

Tusk, who leaves office at the end of the month, has made no secret of his opposition to Brexit.

“The UK election takes place in one month. Can things still be turned around?” Tusk said.

“The only words that come to my mind today are simply: don’t give up. In this match, we have had added time, now we are in extra time, perhaps it will even go to penalties?”

Days after the incoming head of the European Commssion, the bloc’s executive, said the shock of Brexit had brought the remaining 27 members together, Tusk hailed their unity during more than two years of tortuous talks with London.

“The EU27 have maintained extraordinary self-discipline and loyalty among themselves, despite London’s attempts to ‘bilateralise’ these negotiations,” Tusk said.

Tusk also used the speech to take aim at French President Emmanuel Macron over his recent blocking of EU membership talks with North Macedonia and Albania and his call for rapprochement with Russia.