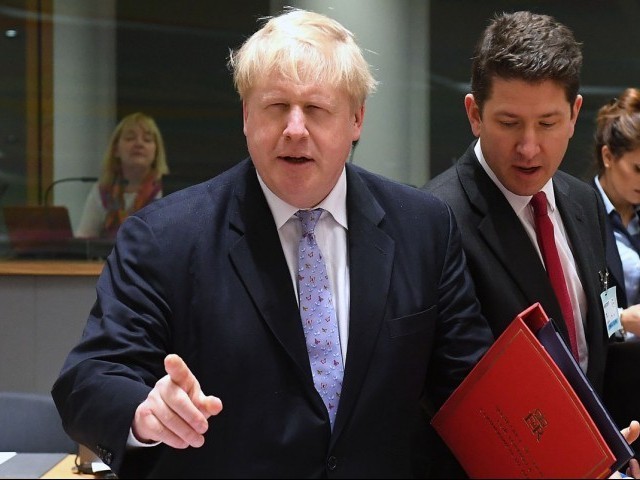 LONDON: British Prime Minister Boris Johnson on Sunday apologised for not taking Britain out of the European Union by October 31, saying he was “deeply, deeply disappointed”.

“It is a matter of deep regret,” Johnson told Sky News, before criticising Donald Trump after the US president said the prime minister’s deal struck with Brussels would prevent a future Britain/US trade agreement.

UK Brexit accord rules out trade deal with US: Trump

“I don’t wish to cast any aspersions on the president but in that respect he is patently in error,” he said.

“Anybody who looks at our deal can see it is a great deal… it allows us to have full unfettered control of our tariff schedule”.

Trump on Thursday told friend Nigel Farage, who will be up against Johnson in the December 12 election, that “under certain aspects of the deal – you can’t do it, you can’t trade.”

Johnson had vowed he would rather be “dead in a ditch” than tolerate another extension to the tortuous Brexit process, which began in 2016 after a knife-edge public referendum.

On Sunday he blamed Britain’s failure to leave as scheduled on October 31 on parliament passing what he called the “Surrender Act”.

This demanded that the government ask for, and accept, a delay from the European Union rather than leaving without the deal being ratified.

MPs gave provisional support for his deal, but derailed Johnson’s plans to get the bill through parliament before the deadline day, leading him to push for the December 12 vote to break the impasse.

Farage’s Brexit Party has called for a pact with Johnson’s Conservatives to avoid splitting the Leave vote, but the prime minister once again ruled it out.

“I ruled out a pact with everybody because I don’t think that it’s sensible,” he said.

“What I can say respectfully to the leaders of all other parties is, alas, the only likely consequence of voting for them, rather than for us as Conservatives is that you’re making it more likely that you will thereby get (Labour leader) Jeremy Corbyn”.

Five things to know about Saudi Arabia and its mammoth IPO