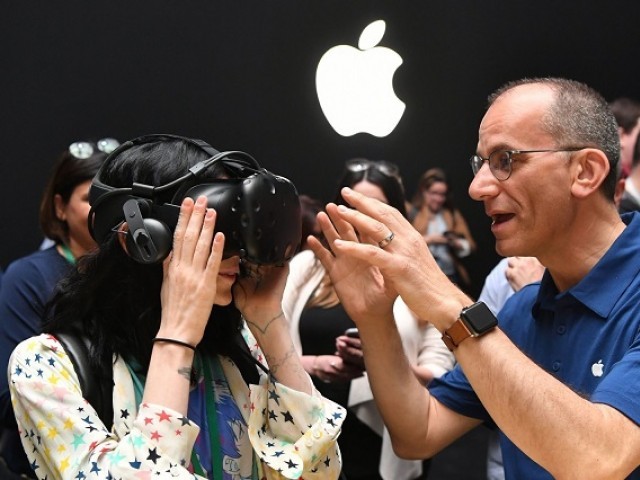 An Apple employee helps a member of the media try on an HTC Vive while testing the virtual reality capabilities of the new iMac during Apple's Worldwide Developers Conference in San Jose, California on June 5, 2017. PHOTO: AFP

Apple is aiming to launch an augmented-reality headset in 2022 and a sleeker pair of AR glasses by 2023, news website The Information reported on Monday, citing people familiar with the matter.

Apple executives discussed the timelines in October, in an internal presentation to employees at a meeting led by Vice President Mike Rockwell, according to the report.

Alphabet’s Google, Microsoft, and Facebook are among the many other tech firms that are betting on augmented reality, virtual reality or both.