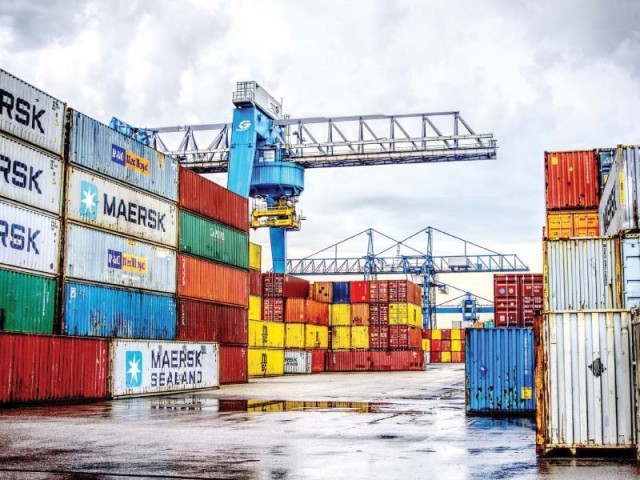 Dawood was of the view that Pakistan still had a long way to go to improve its image and market itself better at the global level. PHOTO: FILE

BEIJING: Pakistan is looking for a wide range of cooperation with China in geographical areas and products, said Adviser to Prime Minister on Commerce Abdul Razak Dawood.

In an interview with the China Economic Net, the adviser said Chinese government had provided Pakistan with an opportunity to export more than just textile, leather and agricultural products and now the country would export chemicals and engineering goods as well.

“We see it as the perfect opportunity to enhance collaboration with Chinese companies,” he told the China Economic Net. “The second phase of Pakistan-China Free Trade Agreement (FTA) will become operational from the first of December.”

Terming it a multi-faceted agreement, he looked forward to its swift implementation.

As per statistics, the 313 product lines, waived from tariffs under the agreement, would cover exports worth nearly $2 billion of Pakistani goods to China each year.

According to data compiled by the State Bank of Pakistan, the revised total exports from Pakistan to China rose $106 million in the previous fiscal year – from July 2018 to June 2019 – with potential to grow about 20 times.

When asked whether Pakistan’s exports to China were likely to increase by 10 times till the end of the current fiscal year following implementation of the second phase of FTA, Dawood said, “I hope so, this is the type of thing that we absolutely want to do.”

“I look forward to that type of growth. We have tremendous interest in enhancing exports to China,” he said.

Dawood’s anticipated increase in total exports to China is expected to come from a rise in the export volume of specific trade categories. Pakistani sugar is undoubtedly a defining product in China-Pakistan trade.

In the previous fiscal year, Pakistan exported sugar worth $609.9 million to China, which was over four times compared to sugar exports in fiscal year 2017-18.

When asked whether the sugar export volume would remain the same this year, Dawood gave a positive reply.

Minerals and precious stones were the categories frequently mentioned by Pakistan’s Ambassador to China Naghmana Hashmi when she was interviewed by the China Economic Net.

It is reported that among the newly added zero-tariff items, there are 12 products related to minerals and precious stones. The applicable tax rates on some of these products have been dropped from a high of 35% to zero. Some Chinese companies have also begun to focus on copper and gold deposits in areas such as Reko Diq.

“This is a new area on which Pakistan will concentrate. We have massive opportunity. Our trade with China is very low and we certainly will be concentrating on this area,” Dawood added.

Regarding the international image of the country’s enterprises, Dawood was of the view that Pakistan still had a long way to go to improve its image and market itself better at the global level.

“We are not very good at international marketing and this stems from the fact that in the domestic market, demand has always been greater than supply hence the emphasis on marketing remains low,” he pointed out.

The scenario of companies operating internationally was the other way round, the adviser emphasised. “Pakistan has to market and we have not learnt it yet but we will,” he said. “I can assure you Pakistanis are fast learners. Once they understand that they have to learn, this is what they will focus on.”

When asked about introducing the South Korean-Chinese marketing model in Pakistan and focusing on exchanges among the three countries, Dawood said, “I think this is a very good idea. I will certainly look into how we can get three-way cooperation, get help from the Koreans and then export here in China.”

Talking about Chinese President Xi Jinping’s keynote speech at the opening ceremony of the China International Import Expo, Dawood said President Xi was a visionary man and a great leader.

“He has come forward to tell the world that China wants to import from the world. It is the very enlightening for all of us and we feel that it is a very good initiative,” Dawood said.