Property dispute leaves 5 of a family dead in Batapur

Property dispute leaves 5 of a family dead in Batapur 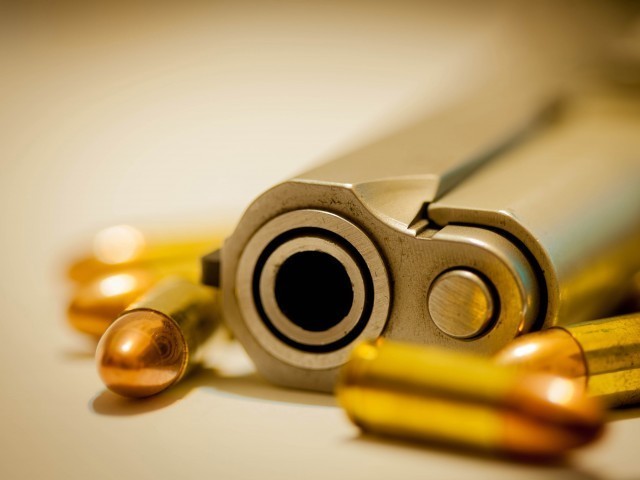 Victims were ambushed by gunmen in Batapur

LAHORE: At least five members of a family were killed when they were ambushed by a rival party over a minor property dispute in Batapur on Saturday.

The Amjad group and Rafaqat group had a property dispute in Diyal Pind. Both parties had earlier clashed on a smaller scale back in June of 2019. An FIR was also registered in this regard.

The parties had to appear before police for investigations. The victims were on the way when the suspects attacked them with lethal weapons. The suspects used lethal ammunition, including Kalashnikovs in the crime.

At least seven persons suffered bullet injuries. Three of them died on the spot. The four injured were identified as Mehmood, 27, Rafaqat, 50, Imtiaz, 35, Mustafa, 33 and Farooq, 30.

A victim died on the way to the hospital, bringing the death toll to four. The fifth victim succumbed to injuries in hospital during treatment.

The incident created panic in the locality. A large number of people and relatives of the victims rushed to the spot. A heavy contingent of police also reached the area and collected forensic evidence before recording statements of eyewitnesses.

Lahore Operations SSP Muhamamd Naveed said they arrested two suspects, identified as Rafaqat and Shafi. “A heavy contingent of police have been deployed outside the homes of the deceased victims and suspects”, Naveed added.  He continued that Elite Force personnel and Police wuld remain on duty till the situation returned to normal in the area. The bodies of the victims were taken to the morgue for an autopsy.

SSP Naveed maintained that they would ensure a transparent and fair investigation into the matter. However, they denied that the an old enmity was the motive behind the murder.

Chief Minister Usman Bazdar took notice of the incident. He ordered the Inspector General of Punjab Police Arif Nawaz to submit a report of the incident and take immediate legal action against those responsible. The CM ordered that the accused be brought to book as soon as possible and asserted that the injured should be provided with the best treatment facilities.

These recent cases have shown that murderous gunmen shooting down opponents dead in any part of the city is no longer a rare occurrence.  The Express Tribune learnt took a look at the data of murder cases from January 01 to November 09 for 2017, 2018 and 2019.

It showed that rivals have shot dead their opponents at the spots of their choice. The incident could occur be inside at the airport, courts, in the hub of the city or its peripheries and in the presence of police.

Heavy patrolling by Dolphin Squad, Police Response Unit (PRU) and the crackdown against carrying illegal weapons have also failed to bring a respite. Authentic crime data, available with The Express Tribune, showed that at least 269 murder cases were registered during January 1st to November 09 of 2017. The figure rose up to 310 in 2018 during the stipulated timespan. As many as 274 murder cases have been registered so far in the current year.

Shahdara, Baghbanpura, Chung and Raiwind were identified as the four police stations with the most murder cases from January 1st to November 09 of 2017 with 18, 13, 12 and 10 cases, respectively. The Three top PSs in the unsolved murder case category were Shahdara, Gujjarpura and Badami Bagh with five, three, three and two cases were registered, respectively.