Neighb­ours said that they heard Shahza­man scream for hours
By ​ Our Correspondent
Published: November 7, 2019
Tweet Email 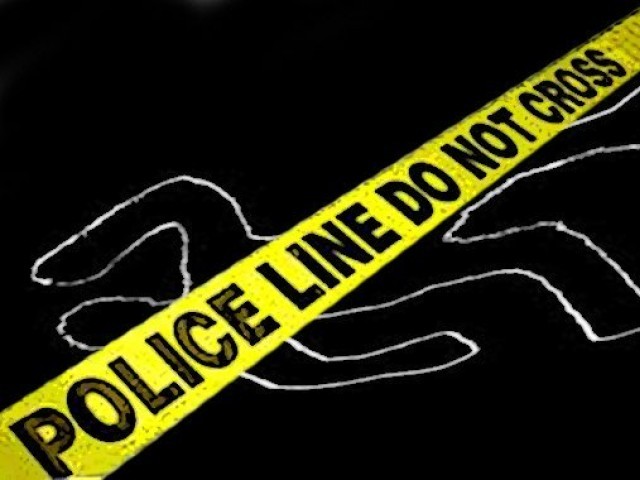 KARACHI: The body of a 35-year-old man, identified as Shahzaman, was brought to Pirabad Police Station on Tuesday night by his family. Police took the body in their custody and shifted it to Abbasi Shaheed Hospital for medico-legal formalities.

The deceased’s brother, Zulfiqar, told The Express Tribune at Abbasi Shaheed Hospital that Shahzaman’s wife, Asma, had sent the body to their ancestral land in Jacobabad through an ambulance on Tuesday morning and informed them that her husband had committed suicide.

“When we saw the body, it bore torture and electric shock marks,” he said. “We brought the body back to Karachi immediately and informed the police.”

Accused in rape case handed over to police

Zulfiqar further stated that they inquired from the deceased’s neighbours and they said that they heard him scream for hours and when they went to his house, Asma did not let them in and said, “he is having stomach pain, which is why he is screaming.” Zulfiqar claimed that Asma then gagged him by filling his mouth with sand. According to police, Shahzaman’s body bore marks which show that his hands and legs were tied with ropes and was given electric shocks. The body has been sent for autopsy.

Police raided Shahzaman’s house to arrest Asma, while they are raiding different places to arrest her accomplices.

Temperature in Karachi may drop to 20 degrees Celsius