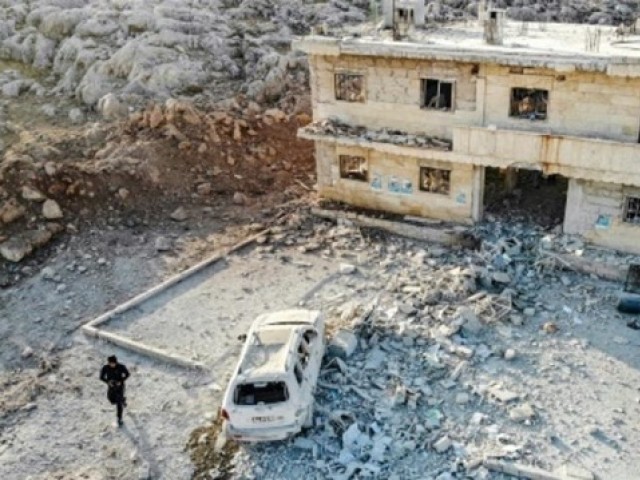 WASHINGTON: The United States on Friday demanded that the Syrian government and its Russian allies stop airstrikes in northwestern Syria, saying they had a pattern of attacking civilians.

An AFP correspondent on Wednesday saw a rescue worker carry the limp body of a tiny girl, her throat covered in blood, in the village of Al-Sahaara in the enclave of Idlib.

The US State Department said that attacks in the northwestern area over the previous two days had struck a school and a maternity hospital, killing 12 people.

“We urge Russia and the Assad regime to resolve this conflict through the UN-facilitated political process and to stop waging war in civilian areas,” she said in a statement.

President Bashar al-Assad in April launched a devastating offensive in Idlib, a region home to three million people that remains under the control of Syria’s former al-Qaeda affiliate.

The violence comes amid talks in Geneva on amending Syria’s constitution to pave the way to end the brutal civil war, which has killed more than 370,000 people since 2011.