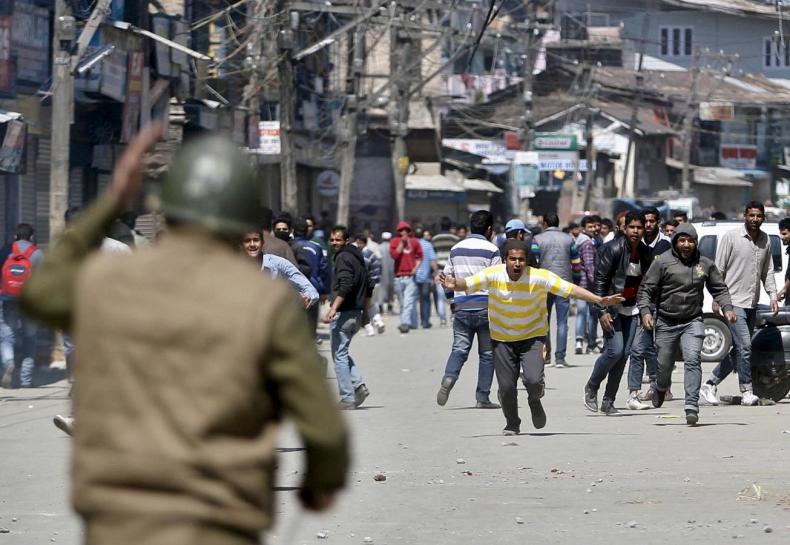 Indian occupied Kashmir has been under lockdown since August 5. PHOTO: REUTERS/FILE

Foreign Secretary Sohail Mehmood has briefed an 18-member delegation of Association of Southeast Asian Nations (Asean) parliamentarians and civil society members on deteriorating human rights and humanitarian situation in Indian Occupied Kashmir (IOK), which has been under lockdown since August 5 after New Delhi revoked its special status.

According to the Foreign Office statement, the delegation led by Haji Mohammad Azmi Hamid who is president of Malaysian Consultative Council of Islamic Organisation (MAPIM) called on the foreign Secretary on Friday.

The secretary also apprised them about the serious risks to peace and security stemming from India’s “belligerent rhetoric and actions”.

“The visit has been arranged by MAPIM [Majlis Perundingan Islam, Malaysia] for evaluation of the situation in the region after Indian government’s recent illegal and unilateral steps to change the internationally recognised disputed status of Indian Occupied Jammu & Kashmir (IOJ&K) and to alter its demographic structure,” the communique added.

Extending a warm welcome to the delegation, Mehmood  also highlighted the importance “Pakistan attaches to its multi-faceted ties with Asean countries, both bilaterally and on the regional platform.”

He underscored the importance of the international community’s role in helping to ameliorate the dire situation and to facilitate a peaceful solution of the Kashmir dispute in accordance with UN Security Council resolutions.