Nawaz all set to fly abroad for treatment

Nawaz all set to fly abroad for treatment 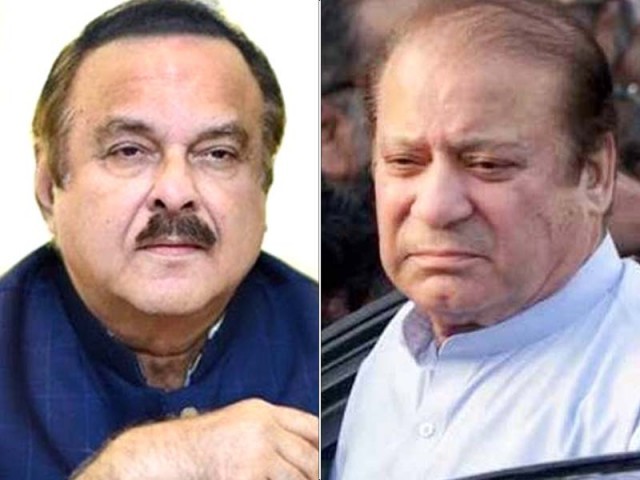 LAHORE: Ailing former prime minister Nawaz Sharif, 69, is expected to leave for London on Sunday to receive specialised medical treatment provided that his name is removed from the Exit Control List. A request to that effect has been sent by the interior ministry to the National Accountability Bureau, according to a Pakistan Muslim League-Nawaz (PML-N) leader on Friday.

The sources revealed the PML-N supremo would be accompanied by his brother Shehbaz Sharif, president of the PML-N, and Junaid Safdar, his grandson, during his travel to London.

“The government has no issue if he flies abroad for treatment. Now, it’s for the court to decide whether to give Nawaz one-time or two-time permission to travel abroad for treatment,” said Naeemul Haq, the special assistant to the prime minister on political affairs, on Friday, according to Geo TV and Dawn News.

Foreign Minister Shah Mehmood Qureshi said, “The federal government will allow Nawaz to leave the country for medical treatment in the United Kingdom.”

The foreign minister warned the former PM against seeking a second period of exile to escape corruption charges.

“Doctors are recommending that he perhaps needs to go abroad for further examination,” Qureshi told Reuters in an interview. “If that is what the medical treatment requires, the government has been positive. The prime minister has said everything possible should be done to show his life is protected.”

Qureshi urged Sharif to return to complete his sentence. “If their hands are clean, why should they be running away?” he said of the possibility Sharif may seek a second period of exile.

“I hope he recovers. When he recovers, why should he be sticking around in London? There’s no logic, there’s no reason for that.”

The sources said Maryam Nawaz too would, after consulting with her legal team, apply for her passport to fly to London to be with her ailing father as her passport is with the court. “But for now, Nawaz will not delay his trip to wait for Maryam,” the source added.

The sources said Nawaz would undergo treatment for sudden drop in platelets at a hospital in London.

Family doctor Adnan Khan; however, vehemently refuted the reports about Nawaz’s departure for London, saying “how can we decide anything before the removal of his name from the ECL”.

When asked whether Nawaz could fly with low platelet count, as disclosed by Maryam earlier in the day, he replied, “Nothing can be said in advance.”

Whereas according to sources in NAB, in principle it has been agreed to grant one time permission to Nawaz to fly abroad, after reviewing his medical reports on an application moved by Shehbaz, during the bureau’s Board of Directors meeting in Islamabad. In writing the said decision, would be sent to the interior ministry, where after an approval by the cabinet, Nawaz’s name would be removed from the ECL.

Reportedly, doctors at a medical facility in London had already been consulted over drop in platelet count of Nawaz and time had been sought for a checkup on Monday.

Reports, according to the media, had also been shared with doctors in New York.

Talking to the media outside the accountability court, Maryam confirmed that arrangements were being made for Nawaz’s travel to London for medical treatment, saying his health was in a very critical condition as medicines for increasing platelet count had not yielded any position results.

“His [Nawaz’s] platelets have again dropped from 28,000 to 20,000,” said Maryam, adding that all available medical options had been exhausted but the cause behind dropping of platelets could not be determined.

Regarding joining ‘Azadi March’, Maryam said, “I have my entire life to do politics, but will get parents only once. I have already lost my mother. My entire focus is on Nawaz.

“I am with my father 24/7 as I cannot leave servants and nurses to look after him.”

On speculations of a deal behind the recent turn of events, she said, “Such people should be ashamed of themselves for spreading baseless rumours.”

She said that both their board of doctors and the government’s had confirmed his critical condition, adding that Nawaz needed to be shifted to a specialised centre for diagnoses of the sudden drop in platelet count.

She said every possible effort should be made to save his life as it was not only important for her and to her family but also for the entire nation. “If his health condition necessitates going abroad, we will go anywhere in the world where treatment for his condition is available,” she said. “Shehbaz is managing the travel arrangement, so I don’t know about the departure schedule.”

She expressed dismay over not having her passport, saying if she had her passport she could travel with her father. “It is very difficult to leave him alone in this condition and will be difficult to stay without him as he needs my care.”

She vowed to re-appear if the court ordered her to do so.

When asked, NAB prosecutor said that they were going to file the reference soon.

(With additional input from reuters)