The city has, so far, receiv­ed 31 bodies while 18 citize­ns are still missin­g, says Mirpur­khas DC
By ​ Our Correspondent
Published: November 8, 2019
Tweet Email 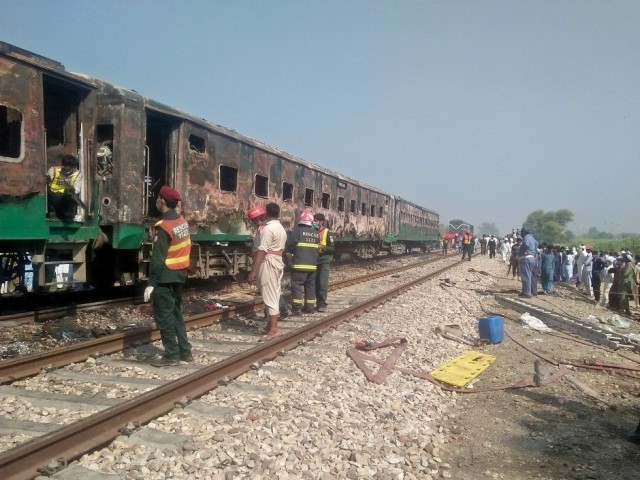 HYDERABABD: Citizens of Mirpurkhas carried 24 more coffins, containing the bodies of Liaquatpur incident victims, on Thursday, as the city continued to mourn in the aftermath of the Tezgam Express inferno.

According to the Mirpurkhas Deputy Commissioner (DC) Syed Attaullah Shah, the city has, so far, received 31 bodies while 18 citizens of Mirpurkhas, who were travelling in the train that caught fire, are still missing.

“We hope that we will get their [missing persons’] bodies as soon as DNA samples given by the family members of the missing deceased persons are verified,” he said.

The DC and other officials of the district, as well as the bereaved families, received the 24 bodies late in the night on Wednesday. The funeral prayers of seven of the deceased were offered in Satellite Town Police Ground, of six others in Khipro Stand Ground, of another five in Mohajir Colony Ground and of three at Chandni Chowk.

The local leaders of all political parties besides the government and police officials attended the funerals.