SAPM says the corrid­or is PM Imran Khan's vision of protec­tion and freedo­m for all minori­ties
By News Desk
Published: November 5, 2019
Tweet Email 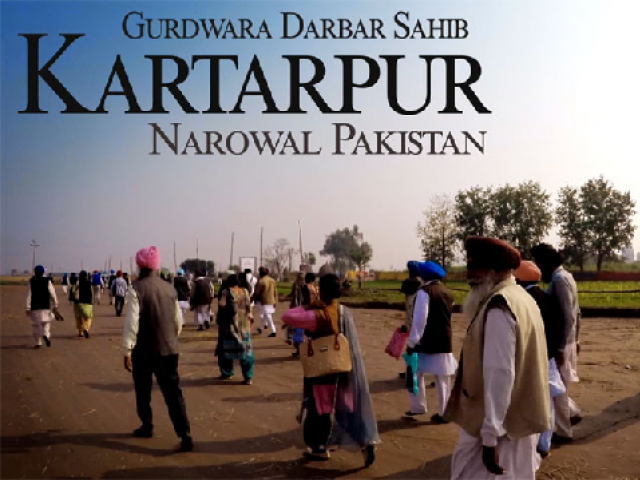 A special song on Kartarpur Corridor was launched on Tuesday highlighting the message of peace, love and religious harmony.

This announcement was made by Special Assistant to Prime Minister on Information and Broadcasting Firdous Ashiq Awan during a launch ceremony in Islamabad.

The special assistant said the opening of the Kartarpur Corridor was Prime Minister Imran Khan’s vision of protection and freedom for all minorities, adding that this song will promote peace and inter-faith harmony.

Govt of #Pakistan 🇵🇰 launches song in connection with the opening of #KartarpurCorridor (1/2)https://t.co/RkBxmRS8fZ pic.twitter.com/W25fbjH3tP

Govt of #Pakistan 🇵🇰 launches song in connection with the opening of #KartarpurCorridor (2/2)https://t.co/RkBxmRS8fZ pic.twitter.com/utIy9kjlG9

PM Imran is said to perform the opening ceremony of the Kartarpur Corridor on Saturday.

SAPM also noted that the song will depict the true image of Islam.

“The entire nation welcomes Sikhs pilgrims to Pakistan with open arms,” she added.

Directorate of Electronic Media and Publications, Ministry of Information Broadcasting and National heritage arranged an event to celebrate the launch of the new song.

Members of the Sikh community and civil society were also present.

Illegal industry thrives in Pakistan amid ban on firearms import