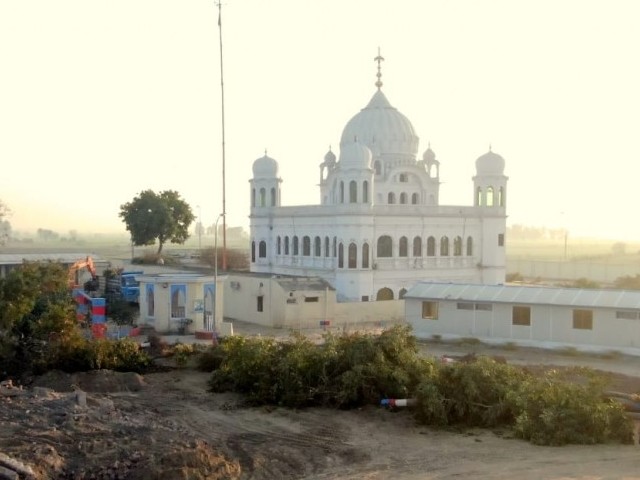 The report published by DNAIndia alleged that “Indian intelligence agencies have spotted terrorist training activities in the border district of Narowal in Pakistan’s Punjab province, the same district where Kartarpur Sahib Gurdwara is situated”.

“Sources in the intelligence agencies said terrorist training camps are situated at Muridke, Shakargarh, and Narowal in Pakistan’s Punjab province, where “a substantial number of men and women are reportedly camping and undergoing training,” the report alleged.

But the Foreign Office in a statement strongly rebutted the Indian media claims as utterly baseless.

“Pakistan’s Kartarpur Spirit is aimed at facilitating Nanak Naamlevas, especially Sikhs, to visit one of their most revered places of worship and promoting inter-faith harmony. The content of the media reports in question is part of a malicious propaganda campaign in India that cannot be condemned enough,” the communiqué read.

It noted that the unfounded allegations about Gurdwara Kartarpur Sahib being used for any purpose other than worship were a “deliberate attempt to misrepresent Pakistan’s goodwill gesture, undermine the corridor initiative, and hurt the religious sentiments of Sikhs all over the world”.

“We have no doubt that such mischievous attempts would be rejected with the contempt that they deserve,” the statement said.

The two countries formally signed the agreement to operationalise the corridor that would connect Dera Baba Nanak in India with Kartarpur Sahib in Pakistan, located only over four kilometres from the international border in district Narowal.

The prime minister, in a special gesture, waived off passport requirement for Sikh pilgrims as well as 10-day advance notice for pilgrims intending to visit Kartarpur.

The inauguration of the project is not affected by the overall worsening ties between the two countries since India revoked the special status of disputed Jammu and Kashmir on August 5.