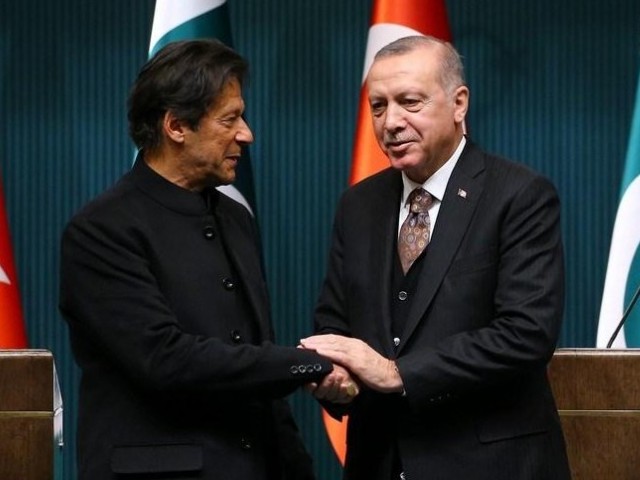 ISLAMABAD: Pakistan Tehreek-e-Insaf (PTI) led government achieved massive success when it resolved the $1.2 billion award against the country in the Karkey case, announced by International Centre for Settlement of Investment Disputes (ICSID) in August 2017.

The statement was made by Prime Minister Imran Khan on social media on Monday wherein it was stated that the PTI government with the help of Turkish President Recep Tayyip Erdogan had amicably resolved the Karkey dispute and saved Pakistan’s $1.2 billion penalty imposed by ICSID.

The premier congratulated the government’s negotiating team for doing an excellent job.

It is learnt that Attorney General for Pakistan (AGP) Office played a key role in the settlement.

AGP Anwar Mansoor Khan told The Express Tribune that after intensive efforts of the government’s negotiating team, the settlement had been done between both the parties, adding that the formal agreement would be signed soon in Turkey.

He stated that other state institutions were also trying hard for an out-of-court settlement in other international disputes, where the country was facing huge penalties.

It has already been reported that President Erdogan himself offered to play his role in out-of-court settlement of the matter during his meeting with PM Imran Khan in New York.

Though there was no official confirmation about the development, it was learnt that Pakistan would not pay any amount to the Turkish company.

Earlier, the anti-graft body was reluctant to withdraw cases against those individuals though it would have weakened the whole case against Pakistan. However, a senior NAB official said that the bureau agreed to withdraw cases in national interest.

Likewise, it had already been reported in media that Pakistani authorities got solid evidence of corruption against Turkish company in the rental power case.

The country’s premier agency Inter-Services Intelligence (ISI) was credited for being able to get documentary evidence to establish trail of corruption. Likewise, Swiss and Lebanese authorities also cooperated with the investigation to get glaring evidences.

NAB also got confessional statements of former water and power secretary Shahid Rafi and two other officials in the same matter.

On August 22, 2017, ICSID made the award to Karkey after the company filed a case against the government of Pakistan for terminating its rental power project contract. The contract was terminated on the orders of the Supreme Court.

According to the initial ICSID award, Pakistan had to pay damages amounting to more than $800 million, along with $5.6 million (Rs590 million) per month as interest to Karkey.

The PTI-led government initiated revision proceedings in the ICSID to set aside the 2017 award in Karkey Karadeniz versus Pakistan, observing that Article 51 of the ICSID Convention allowed parties to a dispute to bring to the tribunal any new facts that could decisively affect the award.

Now Pakistan has engaged new legal representation – GST – to contest the revision proceedings before the ICSID.

In 2014, Pakistan had hired a global law firm Allen & Overy to which the country was obligated to pay £90,000 (Rs16.2 million) in addition to an hourly rate during hearings.

Earlier, Pakistan had paid £200,000 (Rs36 million) to London-based firm BLP but the government officials, including senior legal experts, felt the firm was not properly contesting the case at the ICSID. Total fee agreed with the law firm was £1.4 million (Rs252.3) in addition to hourly charges.

Karkey was one of the 12 rental power companies awarded contracts for electricity production by the Pakistan Peoples Party (PPP) led government in 2009.

The Turkish firm had installed a 232 megawatts ship-based rental power plant and signed a rental services agreement in April 2009 under the Rental Power Policy 2008 to produce electricity in collaboration with Lakhra Power Generation Company.

In 2012, the Supreme Court took suo motu action against rental power projects, declaring illegal all such agreements signed under the Rental Power Policy 2008.

The apex court also directed NAB to initiate investigation into the projects. The anti-corruption watchdog started probe and prevented the power-producing ship of the Turkish company from leaving Pakistan.

According to NAB, Karkey ship was brought to Karachi Port in April 2011 to provide electricity to the national grid under the rental power policy to overcome the energy crisis.

However, it failed to generate 231MW as was required under the agreement although $9 million had been paid in advance as capacity charges to its management.

The power plant produced only 30-55MW and that too at a cost of Rs41 per unit which was a serious breach of the contract.