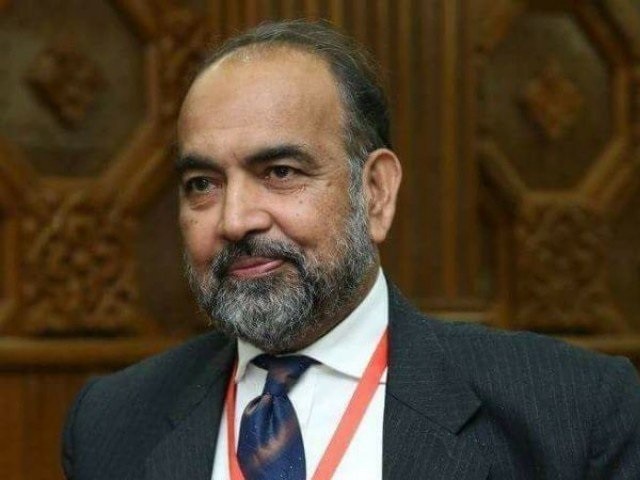 PESHAWAR: The Council of Islamic Ideology (CII) Chairman Dr Qibla Ayaz has said divorce does take place in the event of triple talaq.

However, he suggests, the government should legislate to penalise such husbands who resort to what Sharia regards as a disagreeable act.

“The government should announce some laws and fine people who resort to triple talaq to discourage this trend,” Dr Ayaz said on Monday, while talking to media after attending the Second Criminology Conference at the University of Peshawar.

The CII chief was responding to a question with regard to a recent controversy surrounding a Pashto Singer Nazia Iqbal.

Nazia had apparently been divorced by her husband but they later united citing some UK based religious scholars who said triple talaq does not result in divorce.

Commenting on the issue, the CCI chairman said that the Sharia law in this regard is clear as triple talaq does result in divorce according to the Quran and the Hadith,”We don’t comment on individual cases.

We are commenting in the light of the Quran and the Hadith. It is their [Nazia and her husband’s] choice to live together; however, divorce has taken place.”

“We are very clear about triple talaq.”

It is the unanimous decision and fatwa of the CII that despite being disagreeable (Makruh), divorce does take place after the husband resorts to triple talaq. However, the CII has proposed to make it a punishable offense.”

Talking with reference to the issue of underage marriages, the CII chief said the Khyber Pakhtunkhwa (K-P) underage marriage prevention bill is ‘vague’ and ‘very confusing’ and called for a unified law to prevent child marriages in the country.

He said preventing child marriages is a challenging task and there is a need to create awareness among masses to prevent this practice.

“They should bring a law to make the practitioners an example for the rest to avoid such heinous crimes,” he said.

To a question, he said the K-P government had not initially consulted on this bill. The 1961 law declares 16 years as the permissible age for marriage while the CIII has suggested declaring 18 years as the age of natural puberty.

“But due to various incidents reported in Sindh and Balochistan, we demanded that the provincial government revisit the bill,” he said. Dr Ayaz said the Sindh government introduced a bill but people are not ready to accept this change.

“The CII never supports child marriage and public awareness is essential before legislation,” he said.

Earlier, addressing a three-day national conference titled “Contextualizing challenges in Criminology and Criminal Justice system in Pakistan,” Dr Ayaz called upon the academics to come up with research to preempt crimes in the society.

He underscored the need for case studies based approach for mutual research collaborations between academics and law enforcing officials for cementing forensic sciences.

The CII chief pointed out how the council played a key role in solving Feb 2018 Zainab murder case through timely intervention and close collaboration.

Around sixteen papers were presented in the afternoon session and 34 papers will be presented on Tuesday (today’s) plenary sessions.