PPP yet to decide its role in Azadi march

PPP yet to decide its role in Azadi march 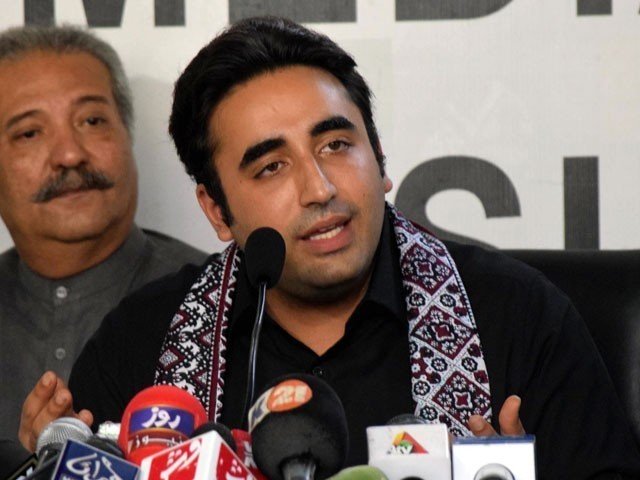 HYDERABAD: Sindh Chief Minister Syed Murad Ali Shah said that the Rehbar committee will decide the future strategy of the Azadi march of Jamiat Ulama-e-Islam-Fazal (JUI-F). “The PPP [Pakistan Peoples Party is watching the situation in Islamabad]. The party will take a decision after holistically reviewing the country’s situation,” he said, while talking to the media in Jamshoro district on Sunday.

PPP Chairperson Bilawal Bhutto Zardari has already hinted that his party will discuss about the participation in the next leg of the Azadi march.

Meanwhile, Sindh Information Minister Saeed Ghani said in Badin district that though the PPP also wanted resignation of Prime Minister Imran Khan and an end to the Pakistan Tehreek-e-Insaaf (PTI) government, the party will not become part of some movement that may end up harming democracy.

“PPP’s core committee held a meeting prior to the march and supported the demands of Maulana Fazlur Rehman. But the core committee will once again discuss the new demands which Rehman has made in Islamabad.”

On Friday, Rehman gave two days to PM Khan to resign warning him that the participants of the march may arrest him if he does not step down.

“The PTI government has become a burden on the country. It has crushed the purchasing power of the people,” said Ghani. He blamed the discriminatory approach of the federal government towards Sindh and attributed the delay in the on-going development projects in the province to the Centre’s policies.

He said that the Sindh government is coping with financial straits because the Centre has withheld the release of tens of billions of rupees which are due to the province under the National Finance Commission award.