The rapper doesn't have an inscri­ption on the whoppi­ng ring, becaus­e there was appare­ntly no room for one!
By Entertainment Desk
Published: November 1, 2019
Tweet Email 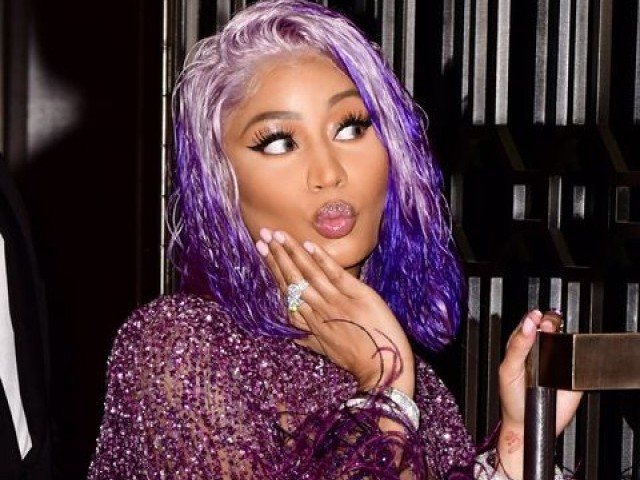 Rapper Nicki Minhaj is not shy showing off her luxuries and her wedding ring is certainly no exception.

The 36-year old star recently tied the knot with husband Kenneth Patty, where the couple posted a picture on Halloween. Minaj was dressed as the bride of Chucky.

Prominent in all the couple’s images were their chunky new diamond rings in honor of their recent rushed nuptials, which the Chun-Li star tagged as having been designed by Rafaello And Co.

TMZ reported that Patty, 41, was involved in the designing process for his superstar wife’s ring across a multitude of steps. The square jewel took several months to complete.

The jewelers at Rafaello stated that Petty, who is a registered sex offender due to a rape charge involving an underage girl, paid an estimated $1.1 million in payment for the ring. The custom piece is also reported to be a 17-carat centre with VVS2-clarity diamonds.

Congrats to the King and Queen, We wish you both lots of love and happiness together. Thank you for trusting us with designing and making these very special pieces for you both. @nickiminaj

In another selfie video posted recently, Minaj is seen cuddled up with Petty, and it’s clear she wants both their rings to be front and center in the clip.

In terms of Kenneth’s band, which is also thick with encrusted jewels, TMZ reported it’s customized with the words ‘Ken & Barbie’ on the inside of the ring. The singer apparently doesn’t have an inscription, because there was no room for one.

The jeweler from Rafaello reportedly flew from New York to Los Angeles a few days before Minaj’s rushed wedding last week to deliver the rings, which came in a customized jewelry box with a screen on the inside of the lid that plays a slideshow of the couple to the tune of the rapper’s song Come See About Me.