The railway entity has been marred in controversy with a plethora of accidents in the past few years.

Pakistan has a shoddy record when it comes to accidents involving trains. Accidents on the decrepit system are common.

In the past decade, the country has witnessed a number of deadly train accidents, and they seem to have increased in frequency over the past few years.

The accident occurred as the coaches of one train, Millat Express, derailed and fell across the opposite track, where they were hit by another train, the Sir Syed Express.

"The driver tried to apply emergency brakes but the locomotive hit the infringing coaches," the railways said in an initial report.

On March 6, 2021, one person was killed while another 29 were injured as Lahore-bound Karachi Express derailed near Pannu Aqil Taluka of Sukkur district.

On July 3, 2020, 20 Sikh pilgrims died and several others were injured in a collision between a train and a coaster near Sheikhupura.

On October 31, 2019, 74 people died after a fire broke out in Tezgam Express – travelling from Karachi to Rawalpindi – after a gas canister reportedly exploded on board as the train was passing through Rahim Yar Khan.

The fire started after passengers started cooking on the train, and the resulting inferno destroyed three economy-class carriages of the train. 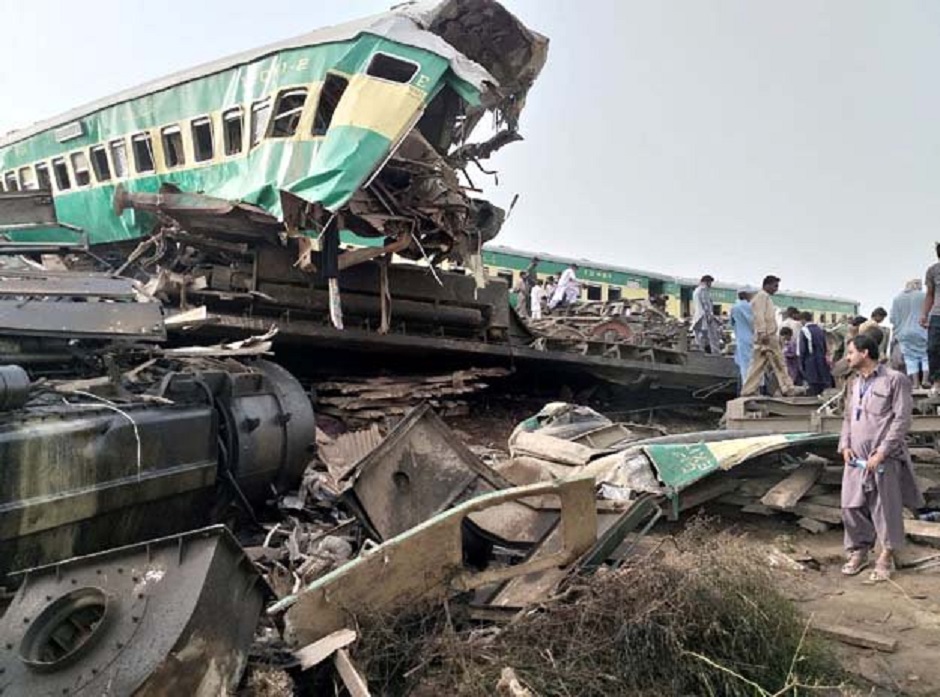 A Quetta-bound train collided with a cargo train near Sadiqabad in Punjab, killing 21 people and injuring over 100 on July 11, 2019. The accident was caused by a delay in switching the train tracks.

Three people were killed when a passenger train collided with a stationary cargo train at Makli Shah, near Hyderabad on June 20, 2019.

Twelve children were injured as a passenger train crashed into a school van near Punjab's Narowal on December 18, 2018.

Local witnesses said the accident took place owing to dense fog and because the gate at the crossing was left open.

Nine bogies of the Peshawar-bound Khushal Khan Khattak Express from Karachi derailed near Attock on September 16, 2018, in which 20 passengers sustained injuries.

On September 27, 2018, another Peshawar-bound train derailed in which 11 bogies overturned in Sehwan, Sindh. 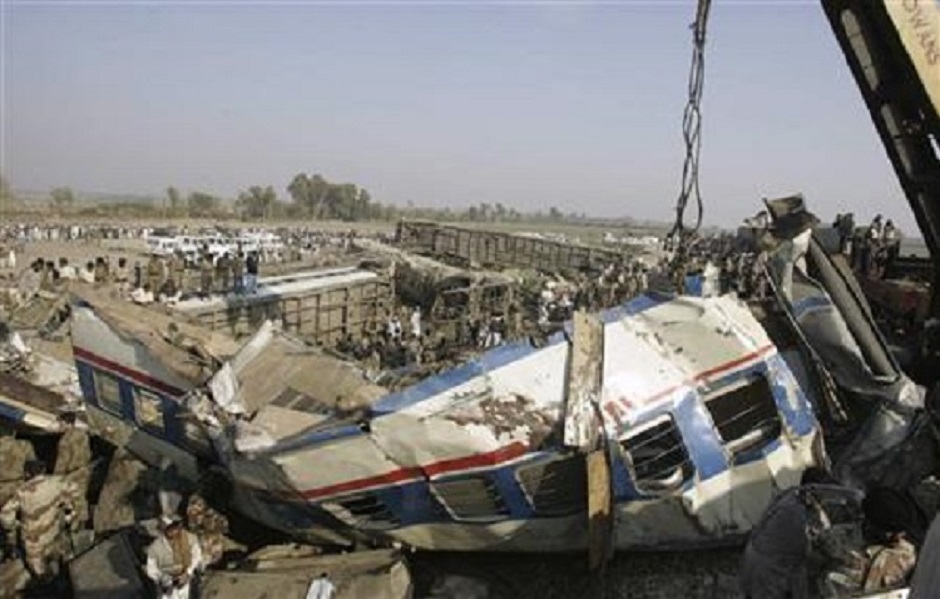 In 2007, at least 56 people were killed and more than 120 injured in a crash near Sindh's Mehrabpur.

More than 12 carriages of the overnight train travelling between Karachi and Lahore came off the rails with some carriages plunging into the water.

The train was packed with passengers returning home for Eidul Azha.

Officials say the likely cause for the crash was a faulty track. 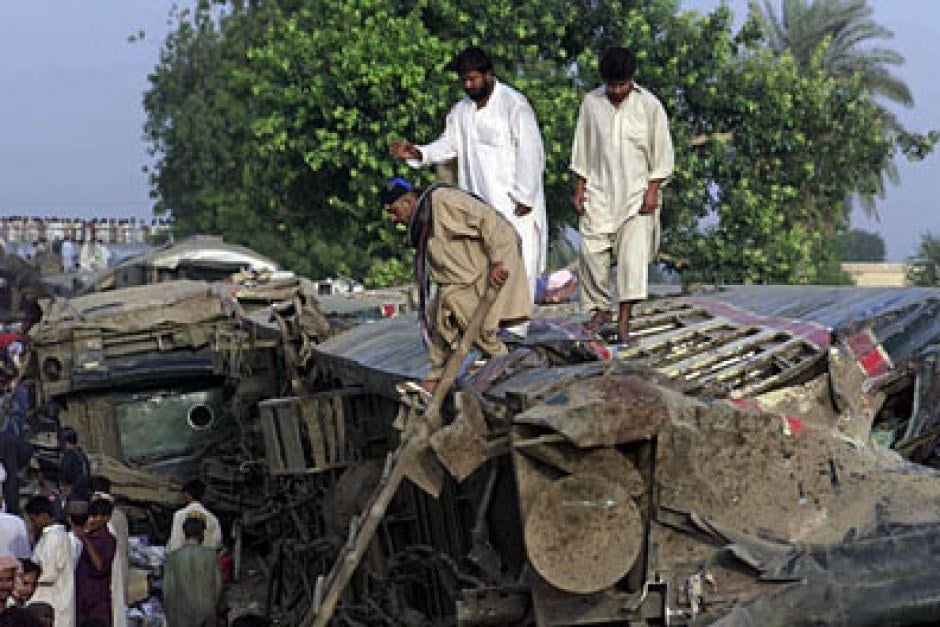 In 2005, three passenger trains collided in Ghotki, Sindh in which 132 people were killed and hundreds more injured.

The train travelling to Karachi crashed into a broken-down train, catapulting carriages across the track into the path of another train.

The Pakistan Railways said the crash was caused by a train conductor misreading a signal.

According to the railway ministry's data, during the period between August 2018 to June 2019, 20 accidents were of freight trains derailing while another 20 occurred at unmanned railway crossings.

[email protected] | 1 year ago | Reply very bad accident on railway incident today God bless you and family of accidented invlolved people in Pakistan,
Replying to X
Saved ! Your comment will be displayed after the approval.
Error !
Error! Invalid Email.