Qamar claims he's the bigges­t femini­st but it is women who are ruinin­g men's lives and then compla­ining about it
By Entertainment Desk
Published: October 31, 2019
Tweet Email 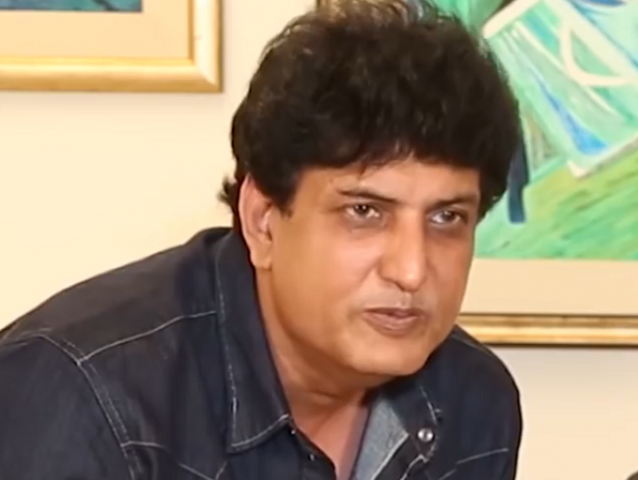 Come to think of it, that’s how the majority of Khalilur Rehman Qamar’s projects are. Misogyny has always been key to his characters and stories.

From DDLJ to KKHH, 5 Bollywood ‘classics’ that are now problematic

In a recent interview, the writer went on to defend his ideas and ‘Philosophy’ around how he sees society.

“It (Mere Pass Tum Ho) is a story of several men, not just one,” he said. “I have come across multiple married couples who go through the same ordeal. I’ve observed when a married woman cheats, she doesn’t feel ashamed at all. The reason behind her not feeling guilty is because she has been backed by another man. When an unmarried woman cheats, she feels guilty.”

He further said, “But when a married man betrays his wife, he feels guilty. He feels embarrassed.”

Qamar then asserted that women should not criticise Mere Pass Tum Ho because women themselves have ridiculed men. “I’m only narrating this story in your [women’s] favour. Like it or not, I don’t call every woman a woman. To me, the only beautiful trait a woman can possess is her loyalty and her haya/modesty. If a woman isn’t loyal then she is not a woman. Register an FIR against me for if you don’t subscribe to my point of view but I won’t budge.”

He didn’t stop, certainly not so easily.

“Get someone to try me under #MeToo, I won’t care about that either. But I won’t be able to call every woman a woman. That simply isn’t true for me.”

Qamar continued that when he saw the infidelity within women and the state of men, he went on, “A man leaves all his honour, his self-esteem with his wife when he goes out to earn a living. And I curse those women who violate that trust. That was the concept behind Mere Pass Tum Ho and so I’m fighting for the ‘good women’. It would be unfair to these [good] women to be classified along with those who aren’t loyal.”

The Kaaf Kangana director further elaborated that he is a feminist to the core, but he is slightly selective about his politics.

“Trust me, you’ll not find a bigger feminist in Pakistan, but I fight for good women only. Loyalty is a woman’s virtue; don’t challenge it.”

Even the host of the show, who is a woman herself, presents no counter-argument and keeps on nodding and laughing along.

From ‘possessed’ to the ‘crazy ex’, do Bollywood horror movies have a gender stereotype problem?

“A few weeks ago, a feminist group had a conversation with me regarding equality. I asked them if they’ve ever heard about a gang of men kidnapping a woman? They assured me they have. I asked them then why don’t women do the same?” the host giggled, “If you wish to strive for equality then kidnap men as well. Rob a bus, gang rape a man, so that I can understand what you [women] mean by equality.”

He then mockingly said that men have hijacked women’s rights so cleverly that women don’t really understand what their actual rights are. “Rather than figuring out your own rights, you’re only asking your part from men’s rights. That’s never going to happen!” he said. “The most one of these feminist groups can do is chant slogans against me, tweet a few thousand tweets but that’s it! Women can’t do anything else.”

Qamar believed that if women were to challenge men, the whole society will collapse.

“I was once in conversation with Sultana Siddiqui, and she asked me, ‘Khalil, why don’t you write anything against men?’ I asked her what should I write about men? Should I abuse him? I would, but then what? She said, ‘What do you mean? Even men remarry and indulge in extramarital affairs. Why do you choose to be so selective?’ I just had one question in response, ‘But with whom? A woman, right?'”

According to Qamar if a woman learns to say no to men, then men won’t be tempted to have an extramarital affair.

When the host finally intervened and made a point about how loyalty should be exercise by both the man and the woman, Qamar replied, “You have to understand this philosophy. A wife is worried about what? Another woman. That other woman isn’t a man. So riddle me this: you are destroying a man and you’re the one who’s complaining about it as well.”

He concluded by saying, “A man cannot say no. He just can’t. A good woman can.”