These fillin­g statio­ns will now run on import­ed LNG
By ​ Our Correspondent
Published: October 31, 2019
Tweet Email 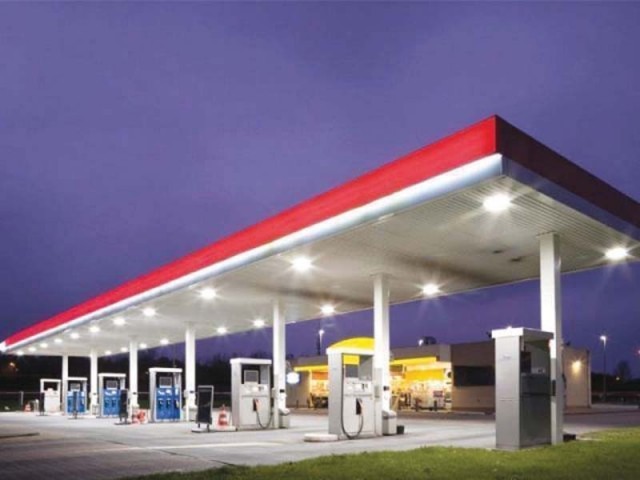 ISLAMABAD: The government has lifted the ban on new gas connections for compressed natural gas (CNG) retail outlets, which will be run on re-gasified liquefied natural gas (RLNG).

The government has already removed restrictions on RLNG supply to industrial and commercial consumers as well as captive power plants of industrial units. The Pakistan Peoples Party (PPP) government had imposed the ban on giving new gas connections to CNG stations in 2009. It also halted supply of locally produced natural gas to CNG stations in Punjab due to acute shortages.

Separately, the Oil and Gas Regulatory Authority (Ogra) had stopped issuing licences for CNG stations since 2009 as the gas demand and supply gap was widening.

Restriction had been placed even on gas connections for new development schemes but the previous Pakistan Muslim League-Nawaz (PML-N) government removed it during its tenure to execute politically motivated schemes.

However, the curbs on new gas connections for CNG stations remained in place and now they have been lifted with supply of imported gas to Punjab. During the PML-N’s tenure, the government had started supplying imported gas to the existing CNG players in order to revive the sinking industry, which had invested billions of rupees.

Now, the PTI government has allowed the private sector to import and market LNG and the provision of new gas connections to the CNG stations is expected to give a boost to the industry.

“Ogra should also lift the ban on issuing licences for new CNG stations keeping in view the current LNG supply to the CNG industry,” suggested All Pakistan CNG Association Central Chairman Ghiyas Abdullah Paracha, who welcomed the lifting of restrictions.

He was of the view that the decision would give a new lease of life to the CNG sector. “Hundreds of completed CNG stations, which had been waiting for gas connection for years, will now start operations with the help of RLNG supply.”