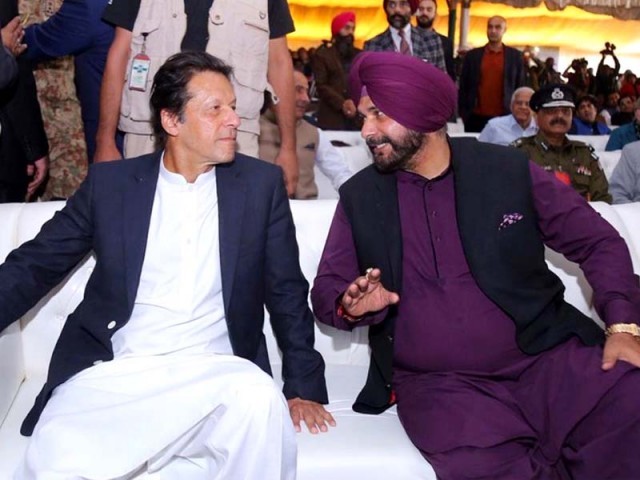 LAHORE: Indian cricketer-turned-politician Navjot Singh Sidhu on Wednesday accepted Prime Minister Imran Khan’s invitation to attend the inaugural ceremony of Kartarpur Corridor, which is scheduled to be held on November 9.

On the directives of the premier, Pakistan Tehreek-e-Insaf (PTI) Senator Faisal Javed had contacted Sidhu and extended the invitation to the historic moment, which is also dubbed as a breakthrough project in the history of two bitter neighbours.

The former cricket star accepted the invitation wholeheartedly while thanking PM Imran for the warm gesture of hospitality.

Sidhu said the Sikh community all over the world looks forward to visit their holy shrine associated with their spiritual leader Baba Guru Nanak, adding that he is honoured to be a part of the historical inauguration.

“The Kartarpur Corridor agreement sends a positive message to millions of  Sikhs around the world,” he said.

In August last year, Sidhu had faced a war of words for attending the oath-taking ceremony of Premier Imran. And later in November, his visit to the groundbreaking of Kartarpur also induced criticism in India.