Anti-venom project sinks into the abyss yet again

Anti-venom project sinks into the abyss yet again 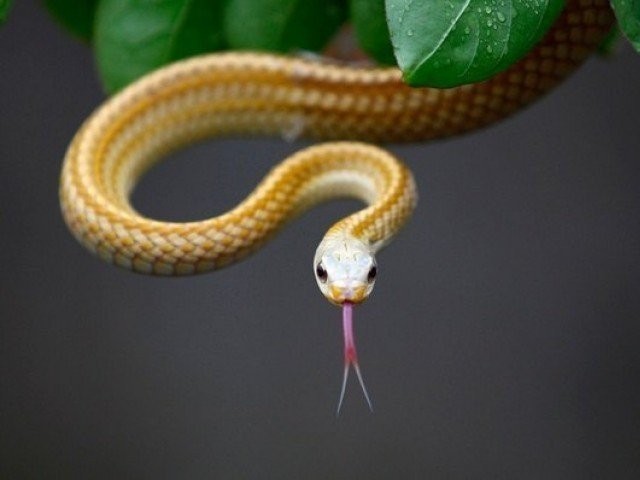 KARACHI: Whether it is the Greek Gorgons, the Nagas or the Egyptian Aapep, snakes have long been an object of interest for the greatest mythologies of the world. Some cultures remember them as terrifying guardians of the underworld, while others associate the slithering reptile with spirits of wisdom, healing and immortality.

However, in this day and age, snake venom is considered to be one of nature’s deadliest weapons – responsible for claiming 81,000 to 138,000 lives globally every year. Approximately 40,000 snakebites are reported in Pakistan each year, which claim between 1,000 to up to 20,000 lives annually, putting the country among the top of the global snakebite mortality list along with India, Nepal and Sri Lanka.

Despite the grave predicament, most victims of snakebite succumb to envenomation in the absence of proper treatment, and the severe dearth of anti-venom vaccines that plagues Pakistan. Moreover, most vaccines imported from other parts of the world tend not to work against the venom of native snake breeds, which makes the need to develop local anti-venom serum a pressing concern.

However, the once ambitiously started project to locally develop vaccines for treating snake and dog bites has died a silent death.

The project, which was announced in 2010 with the initiation of a Sero-Biology Lab at DOW University’s Ojha campus, had procured 25 horses and multiple breeds of snakes found in the subcontinent to begin testing. Out of the 25 horses, 15 succumbed to clinical testing but under the supervision of former vice-chancellor Professor Masood Hameed, and a team of animal experts, the remaining healthy horses were injected with snake venom and made to produce antibodies (immunoglobulin), which could then be extracted and used to prepare a sterile serum – one that could potentially cure snake-bite poisoning.

After intensive research and several clinical trials, by 2012, the DOW Sero-Biology Lab had successfully developed Pakistan’s first anti-venom serum, making it possible to save the hundreds and thousands of lives lost to untreated snake bites every year. Applications to register the vaccines were sent to the Drug Regulatory Authority (DRA), after which it could be mass produced and made available to the public as a life-saving drug. But as fate would have it, Prof Hameed retired at the end of his tenure, leaving the sero-biology lab to be made non-functional and the project appeared to have been shelved and forgotten.

According to a DOW University of Health Sciences (DUHS) spokesperson, the anti-venom project is, however, still in the works and awaiting the regulatory body’s approval. And yet, there was little information that the spokesperson could provide in this regard.

“[Varsity’s] Vice Chancellor Professor Saeed Qureshi is ill and being treated in the UK. A more detailed stance on the project can be provided upon his arrival but in the meantime, the registration and licensing work of the vaccine is pending with the federal government,” he told The Express Tribune.

Fatalities from snakebites on the rise

This isn’t the first time an anti-venom project has gone into cold storage. Previously, the Sakrand Lab of ASV (anti-snake venom) and ARV (anti-rabies vaccines) suffered a similar fate when it was silently abandoned by the Sindh Government after being initiated in 2007. The project was valued at Rs600 million and had appointed 35 officers and personnel, who continued receiving their salaries for 12 years, during most of which the lab remained non-operational. Project Director Dr Naeem Qureshi retired at the end of his tenure without any significant contributions to the development of vaccines and the project was eventually forgotten.

Following successful trials of the anti-snake venom serum, the DOW Sero-Biology Lab was also expected to locally develop WHO & FDA approved vaccines for Rabies, Hepatitis C, Hepatitis B, Polio, Cramps and Cancer, which could be exported internationally to boost Pakistan’s economy. State-of-the-art equipment and plants were imported for the production of these vaccines. But after three years of no significant development, that project too has been indefinitely shelved and forgotten like the ones before it, while the dearth of life-saving vaccines continues to claim several lives every day.

As inflation rises, even hawkers feel the pinch in Karachi