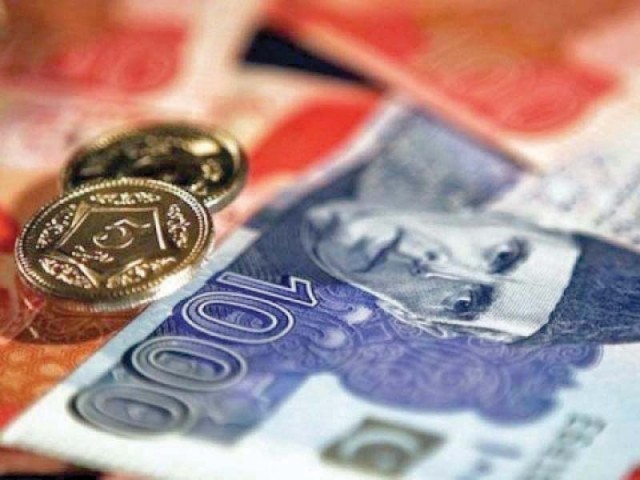 The FBR chairman acknowledged that because of the CNIC condition, business activities had slowed down but he vowed that the government would not withdraw the condition and instead would find a middle ground. PHOTO: FILE

ISLAMABAD: A parliamentary panel has expressed doubts about the Federal Board of Revenue (FBR)’s claim of missing the revenue collection target due to import compression and also suspected that even the 16% increase in collection against the target of 44% growth was the result of blocking tax refunds and high inflation.

In a meeting of the National Assembly Standing Committee on Finance, an FBR team could not give satisfactory replies to the question about the board’s strategy to achieve 44% growth in revenues. Former finance minister Asad Umar chaired the meeting.

The standing committee meeting came at a time when a few top-tier FBR officers were thinking of tinkering with the tax collection figures in order to pass the blame of failure on to external factors, according to sources in the FBR.

The committee had called FBR officials for a briefing on its performance in the first quarter (July-September) of 2019-20. FBR Chairman Shabbar Zaidi informed the meeting that in the quarter the FBR collected Rs962.5 billion in taxes and missed the target by Rs108 billion.

FBR is a burden on country: SC judge

After missing the first-quarter target, the FBR is going to fall short of the October’s revenue collection target of Rs376.2 billion by a wide margin, according to the sources.

It has so far received only Rs234 billion in taxes in the month. The FBR chairman has asked his field formations to go all out to achieve October and November targets or else he would be forced to bring administrative changes, the sources said.

Zaidi told the committee that the first-quarter collection was higher by Rs131 billion or 16% over the same period of previous year. The IMF has given annual target of Rs5.5 trillion to the FBR that requires 44% growth.

Committee members were of the view that 16% increase in revenue collection despite blocking exporters’ refunds was almost equal to the nominal gross domestic product (GDP) growth of 15% (12.5% inflation and 2.5% real GDP). They asked where the impact of FBR’s enforcement and policy measures was felt.

The Pakistan Tehreek-e-Insaf (PTI) government has imposed a record Rs734 billion worth of additional taxes to achieve the Rs5.5-trillion target.

The FBR also could not give satisfactory replies to the question of increasing tax collection from 16% to 44%, except for saying that the increase would come from targeting the sectors which were not paying taxes earlier like the services sector.

Zaidi claimed that the FBR’s revenues fell short of the target by Rs108 billion in the first quarter due to import compression – an argument that even PTI’s former finance minister Asad Umar did not accept.

“It is a planned reduction in imports and its impact has already been accounted for while setting the targets,” remarked Umar.

The FBR claimed that the government had planned to reduce the current account deficit by $500 million a month but actually it was reducing it by $1 billion a month. Umar did not accept that argument as well.

He asked the FBR chairman to explain how he could achieve the Rs5.5-trillion target, which required 44% growth while the FBR’s current growth was just 16%.

The FBR chairman replied that the target would be achieved by bringing new sectors under the tax net like services. However, his presentation before the standing committee negated the argument.

“Just increase in the number of filers will not increase the collection,” remarked Umar.

To a question, FBR’s member Inland Revenue Operations Seema Shakil said the policy measures taken in the budget were having a positive impact on revenues. She said the banking sector-related withholding taxes increased by 93%.

She claimed that due to the withdrawal of zero-rated facility and increase in sales tax rate, the collection from the textile sector substantially increased by 110% in the first quarter.

The FBR chairman claimed that in the first quarter sales tax collection rose from last year’s Rs335.7 billion to Rs406.2 billion. There was a net increase of Rs70.5 billion with 21% growth.

However, the calculations shared by PML-N MNA Ali Pervaiz with the committee showed that the entire increase in sales tax collection was due to delay in release of genuine sales tax refunds of exporters.

In the budget, the government withdrew the zero-rated facility availed by five major export-oriented sectors including textile, leather, surgical, sports and carpets. It also increased sales tax on domestic sales of textile from 5% to 17%.

In the Jul-Sept 2019 period, the five export-oriented sectors exported goods worth Rs582 billion and at 75% of export value, the refunds came in at Rs74.2 billion in the first quarter, said Pervaiz.

Because of the complications caused by Annex H, the FBR was not releasing exporters’ refunds and had choked their liquidity, said Ali Pervaiz.

PML-N’s Qaiser Ahmad Sheikh said manufacturers were not able to sell their products due to the problems caused by a lingering dispute between the FBR and traders on the issue of CNIC copy submission.

The FBR chairman conceded that because of the CNIC condition, business activities had slowed down but he vowed that the government would not withdraw the condition and instead would find a middle ground.