Trash to treasure: Everest garbage given new lease of life

Trash to treasure: Everest garbage given new lease of life 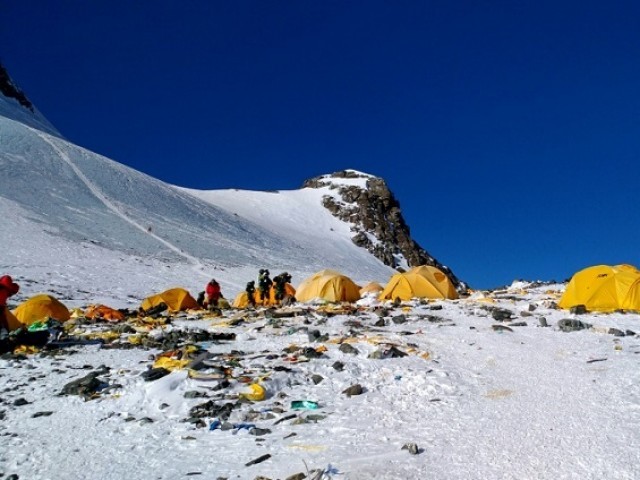 KATHMANDU: A group of tourists sip water at a five-star hotel in Kathmandu, unaware that the green glasses in their hands were once bottles discarded on Mount Everest — left by climbers eager to make their ascent.

In homes across the Nepali capital upcycled items, from pots to lamps, crafted from Everest waste products are slowly making their way as authorities and businesses look for fresh ways to tackle the damage caused by decades of commercial mountaineering.

Tonnes of trash — including empty cans and gas canisters, bottles, plastic and discarded climbing gear — litter the mountain, which has been dubbed the “highest dumpster in the world”.

“We received a mix of materials from Everest — aluminium, glass, plastic, iron — much of which could be recycled,” he explained, adding: “We need to up-cycle and add value to them.”

After heavy criticism for the condition of one of its greatest natural resources, Nepal’s government and mountaineering groups this year organised a six-week clean-up. 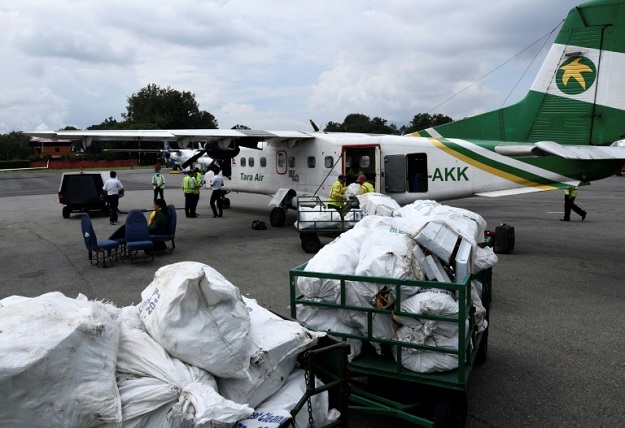 Scaling almost 8,000 metres (26,300 feet) from base camp to the closest camp to the summit, a 14-strong team retrieved more than 10 tonnes of trash that was flown or driven to recycling centres in Kathmandu.

“Waste is a taboo in our society, considered as dirt,” mused Ujen Wangmo Lepcha of Moware Designs, which upcycles rubbish into light fixtures and glasses.

“When they see these kind of products they are like ‘wow’, these things can be made and it is possible,” she explained.

Their products are now used in upmarket hotels, restaurants, and homes around the capital, and Lepcha says there is growing consumer interest in goods made from salvaged Everest scraps. 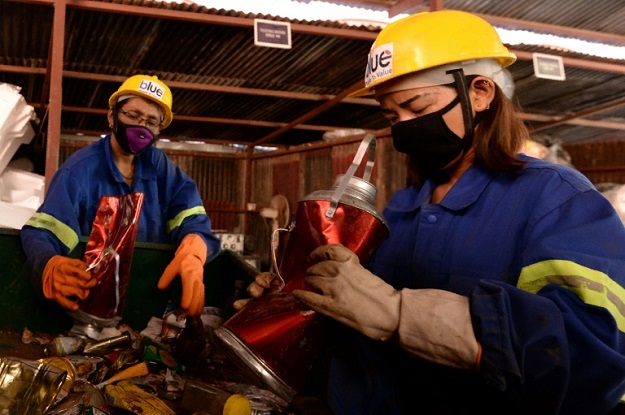 Aanchal Malla of Hotel Yak & Yeti, a luxury five-star hotel in Kathmandu, said opting for the upcycled goods was in-line with the hotel’s move towards sustainable and environmentally friendly products.

“It is not just better for us and the environment but then it goes way bigger than that… it is encouragement of everyone who is trying to move into that direction of making the globe into a better place, reducing all the waste,” Malla said.

A new waste facility — called Sagarmatha Next after the Nepali name for Everest — is also being completed in Syangboche at an altitude of nearly 3,800 metres (12,400 feet), passed by trekkers and mountaineers on the way to the base camp.

It will process garbage, and collaborate with artists and innovators to make new products in a bid to tap into this burgeoning market for Everest ‘products’.

But mountaineers warn that this year’s clean-up collected just a fraction of Mount Everest’s rubbish — with the higher and harder to reach camps still littered by abandoned gear.

Melting glaciers, caused by global warming, are revealing years-old waste but as the number of climbers attempting to summit soars so do the environmental challenges.

Eleven climbers died in the 2019 Everest season, with industry insiders criticising Nepal for issuing a record 381 permits — leading to high numbers on the mountain and bottlenecks to the summit.

Not all the bodies can be brought down so corpses too lie abandoned on the slopes.

Water sources downstream of the 8,848-metre Himalayan peak have been contaminated by everything from human excrement to empty gas canisters.

Locals say some big-spending foreign climbers — it costs at least $30,000 to tackle Everest — pay little attention to the ugly footprint they leave behind, even when given financial incentives.

Six years ago, Nepal implemented a $4,000 rubbish deposit per team, to be refunded if each climber brought down at least eight kilogrammes (18 pounds) of waste, but only half of them returned with their trash.

In August, the Everest region municipality announced it would ban some single-use plastics and drinks in plastic bottles from the area from early 2020.

Community NGO Sagarmatha Pollution Control Committee, along with BW2V and other agencies, recently launched a campaign to transport waste to recycling centres by harnessing the roughly 50,000 trekkers and their guides who visit the region every year — not all attempt the summit but many travel to base camp. 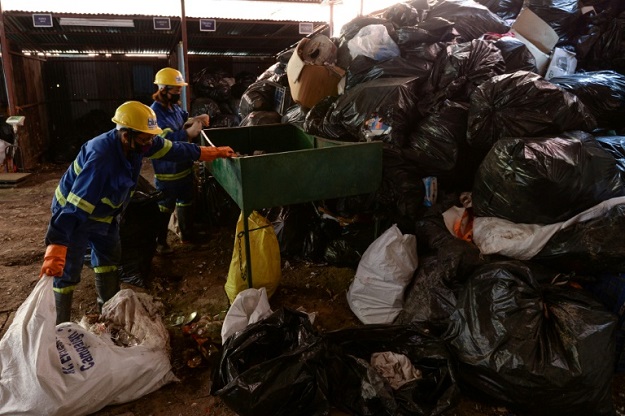 Mountaineers warn that this year’s clean-up collected just a fraction of the rubbish on Mount Everest. PHOTO: AFP

They are each asked to carry a one kilogrammes (2.2 pounds) pouch of processed trash to Lukla, the gateway to the Everest region, or Kathmandu for recycling.

“We have to work year after year to make a real impact,” Ang Dorje Sherpa of the committee told AFP, but warned that recycling alone was not the solution.

“In the long-term we need is to minimise the trash at the source, and make the polluters responsible for the cleaning.”