Do you see the resemb­lance?
By Entertainment Desk
Published: October 22, 2019
Tweet Email 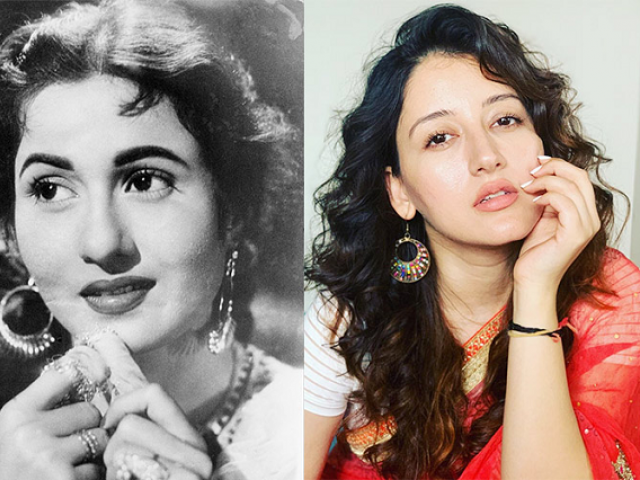 A woman named Priyanka Kandwal has grabbed the spotlight on social media platforms such as Tik Tok, Twitter and Instagram for her resemblance to iconic Bollywood actress Madhubala.

Here are some the tweets praising Kandwal’s video

“You have resurrected the old Golden era of Madhubala for present gen.. give it a fitting meaning,” another user tweeted.

Another user posted an image of Priyanka Kandwal on Twitter with a caption “New age Madubala..”

“The accent and expression, leads some old memories pass through my eyes,” another tweet read.

“You are stunning! Madhubala reborn,” another person posted.

There are good men in the world, you just have to find them: Miley Cyrus