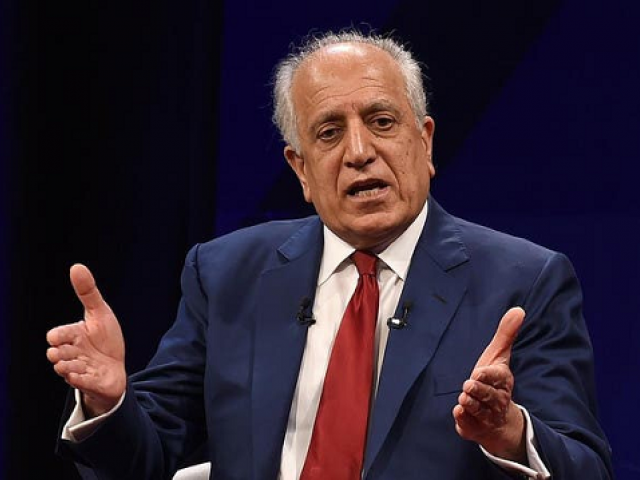 WASHINGTON: The US negotiator whose talks with the Taliban was halted by President Donald Trump is meeting with Russia, China and European allies on ending Afghanistan’s war, the State Department said on Monday.

Zalmay Khalilzad left on Sunday on a trip to Brussels, Paris and Moscow as he looks for “how best to support accelerated efforts to reach peace in Afghanistan,” a State Department statement said.

In Moscow, he will meet his Russian and Chinese counterparts to “discuss shared interests in seeing the war in Afghanistan come to an end,” it said.

Khalilzad, a veteran US diplomat who was born in Afghanistan, led a year of talks with the Taliban to seek a deal that would see the United States withdraw most of its troops and end its longest-ever war.

Trump said in September that he had invited Taliban leaders to meet but then withdrew the invitation and ended the talks after an attack killed a US soldier.

Despite not reaching an agreement, General Scott Miller, who leads US and NATO forces in Afghanistan, said on Monday that the United States had pulled 2,000 troops from Afghanistan over the past year.

The United States has contentious relations with both Russia and China, but Khalilzad has repeatedly consulted the rival powers and appeared to find common ground on Afghanistan.