Why are the perils of nuclea­r war not talked about in this part of the world?
By Humera Niazi
Published: October 20, 2019
Tweet Email 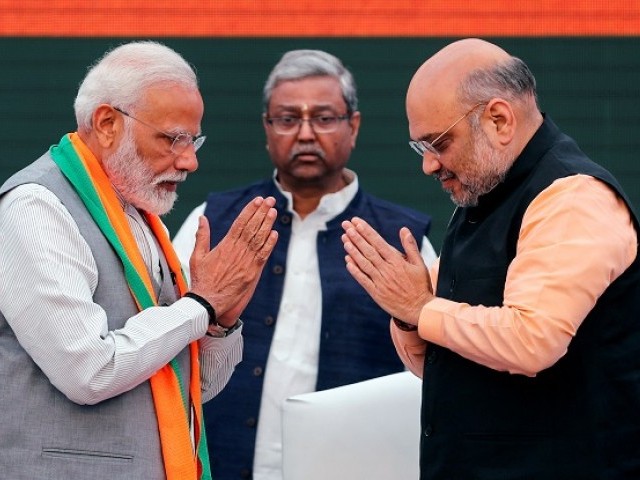 The lockdown in India-Occupied Kashmir (IOK) is in its third month. The Kashmir dispute and the on-ground situation has been internationalised. As reflected by foreign media, Kashmir made prominent headlines. A recent New York Times editorial states, “The Security Council should make clear that it opposes Mr Modi’s brutal tightening of India’s control on Kashmir. While Mr Modi may think he can control this volatile conflict on his own, he almost certainly cannot.”

Moving forward, it is important to strategise and observe the on-ground situation in IOK. There is no knowing how long this curfew will last and what will be the fallout when it is lifted? What appears important is: to penetrate the mind of the adversary i.e. to know what is the plan 2 of this RSS mindset? Earlier it was thought that India will talk to Pakistan after the elections. That did not happen. But what was not thought of was that India would place eight million Kashmiris in a lockdown. India is presently pushing ahead with its harsh aims step by step. To think India does not know the follow-up of lifting the curfew. It does. It could be that India further reinforces its oppressive stance on the people. Or takes an opposite position of appeasement. But after the abrogation of Articles 370 and 35(A) and the humiliation of being locked up, the Kashmiris could “react” and what would that be like?

Genocide Watch issued a “Genocide Alert” for IOK, establishing that the situation qualifies for the ten stages of genocide as per its categories, describing the “Hindu and Sikh Indian Army ‘us’ versus the Kashmiri Muslim civilians ‘them’” and “the Indian army occupies Kashmir; BJP leaders speak of the ‘Final Solution’ for Kashmir”.

Furthermore, Plan 3 of the RSS game could well be “distraction”. This could be very unwise. The Indian Army Chief, Rawat, recently stated that 500 infiltrators are waiting to infiltrate into India. Pakistan’s Foreign Office strongly rejected this fake news. Dr Mohammad Faisal stated it as “an attempt to divert the international community’s attention from the grave violations in occupied Kashmir”.

The recent act of aggression by India on Pakistan of launching an “airstrike”, and Pakistan’s strong response should have moved the international resolve on the Kashmir dispute, as this episode bore resemblance to the Cuban Missile Crisis of the early 60s, which caused international concern as the situation was on the brink of a nuclear war. But then the sanity of the dialogue was employed, resolving this conflict between the US and the USSR.

The logical questioning is: why is there no such concern reflected about the danger of a nuclear war in this part of the world? If the dialogue was successful in the Cuban crisis, then hopefully the world community should play a positive role in the conflict in Kashmir.

The present government in India has an extremist mindset – something that should not be a characteristic of a nuclear country. It becomes important to act logically hence limited war between Pakistan and India is clearly not an option since both are nuclear-armed states.

It is Pakistan’s Prime Minister Imran Khan who said, “All wars are miscalculated, and no one knows where they lead to. First World War was supposed to end in weeks, it took six years … Similarly, the US never expected the war on terrorism to the last 17 years. Moreover, [the] US had not thought about the long Vietnam war”. The Kashmir dispute has been internationalised after August 5 and the UN resolutions are awaiting implementation. Positive action is required, and the time is now.