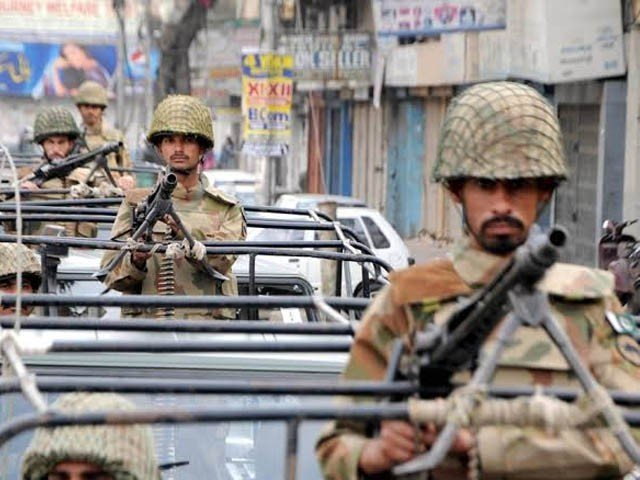 KARACHI: The Sindh government on Friday requested the deployment of army personnel on the occasion of Chehlum of Hazrat Imam Hussain (RA), reported Express News.

The provincial government penned a letter to the interior ministry requesting for army, rangers and Frontier Corps (FC) personnel to be on duty across Sindh for additional security.

If the request is accepted, the army contingents will be deployed on procession routes in Karachi.

Last year, more than 5,000 law-enforcement personnel were deployed in the provincial capital to ensure security for the processions taken out.

On the directives of the home minister, special security arrangements were in place across the city while mobile phone services remained suspended during the day.

Police, Levies, Balochistan Constabulary and Frontier Corps personnel accompanied the participants of the processions on the directives of the provincial government.