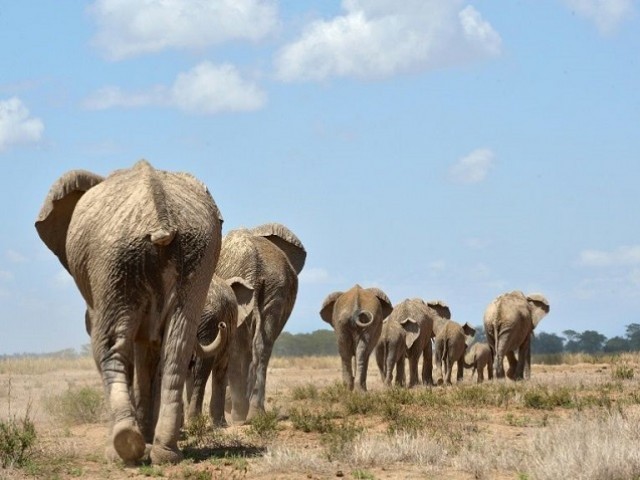 LAHORE: As a result of the rampant corruption among suppliers of exotic animals, the Punjab Wildlife Department has cancelled the tender for importing an elephant worth Rs50 million. That’s not all, but the department has also decided not to seek new tenders for the import of other animals for an indefinite period.

According to sources, the importer, who was successful in bidding for the tender, was bound to bring the elephant to the zoo within six months. However, even after a lapse of 16 months, no elephant has been brought to Pakistan.

As earlier reported by The Express Tribune, there were severe irregularities and dubious practices rampant among suppliers in the import of elephants and other animals. As a result, the wildlife department took immediate notice and initiated an investigation to monitor the situation. Upon finding evidence, the department decided to revoke the tender.

The wildlife department has been procuring different breeds of animals for the Lahore Zoo and other parks for a long time. According to the laws, the department is not allowed to purchase or import the animals directly, therefore, tenders are sought from independent suppliers.

Speaking to The Express Tribune, the Director-General Punjab Wildlife Department Sohail Ashraf Goraya said that the department had issued the tender for the purchase of an elephant for the zoo in December 2017 and a deadline of six months was given to the bidder to bring the elephant.

“Upon the bidder’s failure to bring the animal to Pakistan, an extension of another six months was provided, but to no avail,” Goraya said, adding that in June 2018, the bidder sought further extension of the deadline but once again could not import the elephant.

“To top it all off, the wildlife department also received complaints of forged documents which revealed that many suppliers had been importing and selling wild animals to different zoos instead of the captive-born ones as per international laws,” he explained.

It is also pertinent to mention that the International Consortium on Combating Wildlife Crime (CITES), which is a subsidiary organ of the United Nations, has banned the international export of elephants.  During a meeting held in Geneva last month, CITES expressed strong reservations at the increasing export of African elephants because of their vulnerable status.

Goraya also said that earlier, the wildlife department had planned to import four zebras, eight chitals (spotted deer), eight blue bulls and other kinds of animals, but the idea has been dismissed.

“The department has initiated some new rules and regulations to ensure transparency in the import of exotic animals and to bar any possible fake practices,” he said. “With the irregularities in export of elephants, there is also risk to their lives and health as zoos must ensure an inappropriate environment for the animal to survive.”

He further added that apart from animals, the department is also taking measures to provide a better environment to tourists and spectators at the zoo.

Sources have revealed that the Goraya, along with a few other officials of the department, has been making several attempts to put an end to the irregularities and monopoly of importers in the department. However, discrepancies arose because the subordinate officers continue to take illegal measures and offer undue support to the importers.