US to waive sanctions on military sales to Turkey

US to waive sanctions on military sales to Turkey 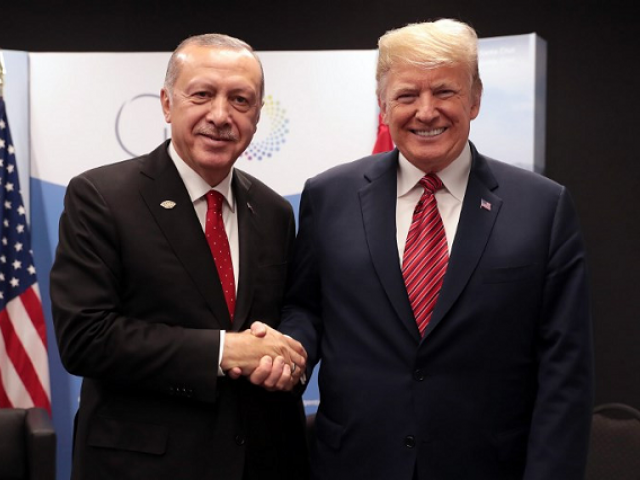 WASHINGTON DC: The United States Treasury Department will issue a waiver to allow arms sales between the US and Turkey to continue following the imposition of sanctions against the country over its military operation in northeast Syria, an official said Tuesday

“The understanding is that the Treasury Department will, if it has not already, issue a general waiver that will allow ongoing official activities to continue,” said a senior Pentagon official who spoke to reporters on condition of anonymity. “The intention is for that to cover military sales and other items as well.”

“We have to look at the details how the waivers are actually written to know for sure any potential impact. The idea is to be able to continue official business, whether it be diplomatic by the State Department and by our activities,” the official said.

The official also said the US is seeking to continue to engage in dialogue with Turkey to get them to halt the operation.

“Obviously this is a long-term strong military to military relationship, that we want to look beyond the current crisis as well to ensure the relationship can continue,” the official added.

Pence will be accompanied by Secretary of State Mike Pompeo when he departs Wednesday, Trump said in remarks delivered at the White House. A US delegation will leave Tuesday ahead of the departure of the senior officials, according to the president

“In Turkey, the Vice President will voice the United States’ commitment to reach an immediate ceasefire and the conditions for a negotiated settlement,” it said.

Pence is set to meet with Turkish President Recep Tayyip Erdogan for a bilateral meeting, according to the office.

“The Administration is resolved to maintain security in the region, the safety of civilians, and the continued detention of ISIS fighters,” the office said, using another name for the D’aesh organisation.

Washington imposed sanctions on the Ministry of National Defense and Ministry of Energy and Natural Resources, as well as their heads and Ankara’s Interior minister.

“We are prepared to impose additional sanctions on Government of Turkey officials and entities, as necessary,” the department said in a statement.

Ankara wants to clear northern Syria east of the Euphrates of the terrorist PKK and its Syrian offshoot, the PYD/YPG.

In its more than 30-year terror campaign against Turkey, the PKK — listed as a terrorist organization by Turkey, the US and the European Union — has been responsible for deaths of 40,000 people, including women, children and infants.