Intern­ationa­l cricke­t was halted a decade ago after Sri Lanka’s cricke­t team was attack­ed in Lahore
By Muhammad Shahzad
Published: October 14, 2019
Tweet Email 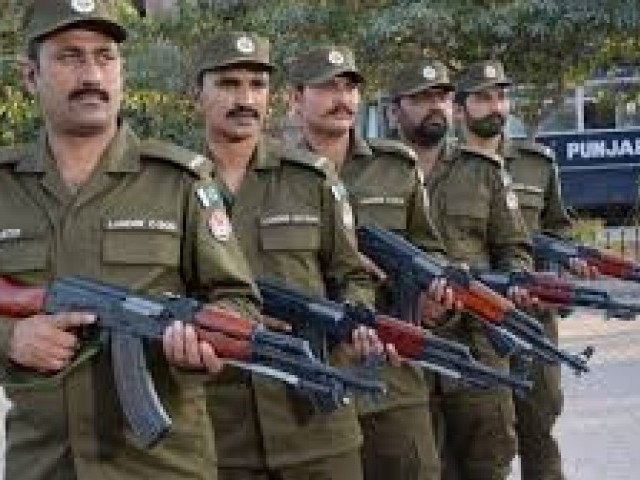 LAHORE: Lahore police’s efforts to ensure the security of the Pakistan-Sri Lanka cricket match series consumed most of the force’s energy during the last week.

International cricket in Pakistan was halted a decade ago after the Sri Lanka national cricket team was attacked near Liberty Roundabout, Gulberg while on the way to Qaddafi Stadium from a private hotel.

This year, the event was sensitive as well as important as the Sri Lankan players visited the Pakistan national cricket team’s home ground for the first time since 2009. A few senior players, citing the past traumatic episode, decided to stay at home.

Due to the circumstances in which the international cricket match was to be held, there was no room for mistakes in such a scenario. Lahore police was under immense pressure to thwart any incident so that they remained successful. The DIG and former SSP themselves remained on alert and supervised the security arrangements during the matches.

International players visited Pakistan earlier during the Pakistan Super League (PSL) matches. The security plan for the PSL series was also successful. However, the recent one proved more people-friendly.

Mall Road, Ferozpur Road, Canal Road and Jail Road are major roads in the provincial capital. Ferozpur Road and Canal Road, in particular, are of utmost importance as these roads pass through most of the city. The impact of a blockade can reach as far as the other corner of the road if a disruption is reported on one end. Both roads intersect at Muslim Town Mor. The junction, if blocked, also cuts off one side of the city from the other.

In a previous security plan, all four roads, including Muslim Town Mor, were locked down for all traffic. This led to massive traffic jam in the city. Besides this, in a certain radius, every nook and corner of the street was closed for travelers. Even residents could not move freely. The area also hosted a lot of commercial activity which was adversely affected.

In the recent plan, Canal Road remained open. Moreover, the radius around the stadium was reduced and targeted efforts were made. Therefore, very few businesses and residential activity were affected.

Barely five months into his tenure, SSP Operations Ismail Kharak, has been re-appointed as Nankana Sahib District Police Officer (DPO). Before assuming charge as Lahore SSP, he served as DPO in Nankana Sahib.

The former SSP is known to be a hard working police officer. He is also known for being active and for his aggressive footwork.

Commenting on his transfer, the DIG said that Kharak is an honest and highly professional police officer. “He performed extraordinarily well during his recent posting.”

The forensic report of a matriculation student named Hafiz Hasnain revealed that he died of damage to veins in his brain, a phenomenon that resulted because of the trauma he went through. Reportedly, the student died due to alleged torture by his teacher, in a private school, in last month.

During the week, Punjab Inspector General of Police Arif Nawaz Khan transferred the commanders of four districts. Reportedly, more transfers were on the cards.