Reside­nts found the body of the deceas­ed in the croc's jaws the follow­ing day
By AFP
Published: October 10, 2019
Tweet Email 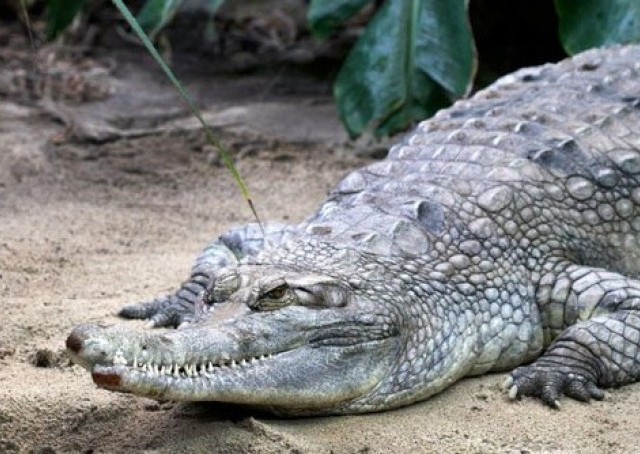 A file photo of a crocoldile. (Photo: AFP)

MANILA, PHILIPPINES: A huge saltwater crocodile killed a Philippines fisherman after snatching him from his boat, local authorities said Thursday, the latest in a series of attacks terrorising a remote southern island.

The 20-year-old was taken by a 4.9-metre (16-foot) croc late Tuesday as he and a colleague sailed back to the island of Balabac after a day of fishing, regional police spokesman Socrates Faltado told AFP.

The next day residents found his body, still, in the croc’s jaws, Faltado said.

They then used dynamite to kill it.

A crocodile also killed a 10-year-old boy in the same area less than two months ago, according to Jovic Fabello, spokesman for a government council that oversees conservation efforts in Palawan, where Balabac is located.

And earlier this year a croc killed a 15-year old boy and a fisherman off the island of about 35,000 people.

“We have to address the root cause of the incident, which is partly due to habitat destruction. The crocodiles have almost nowhere left to hide, and there is not enough food in their habitat,” Fabello said.

“It’s a competition for space because people don’t want to give in,” he added.

The local crocodile population might also have increased, he said.
The Palawan island group is known for its diversity of flora and fauna, but authorities are increasingly wary of its unchecked development.