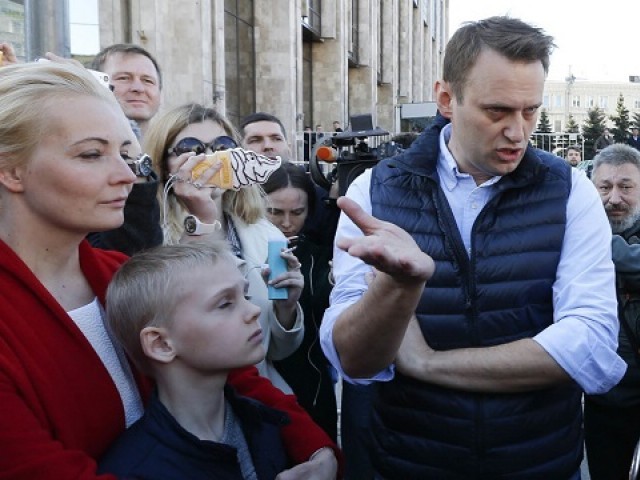 MOSCOW: A Russian activist has filed a lawsuit challenging Moscow’s formidable face recognition system, saying it was used illegally to identify her and others without consent.

Alyona Popova, a women’s rights activist, first became suspicious during a court hearing into her solitary picket outside the Russian parliament last year, which was judged a violation of protest rules.

Footage viewed during the hearing showed the camera singling her out long before she started the picket, she said. “The camera magnified my specific face 32 times,” she told AFP.

Popova said usage of face recognition algorithms has since become the norm in prosecuting the opposition, but no new laws regarding its application have been created, and existing laws on private data protection make it illegal.

“We demand to be shown how these algorithms work, where our photos and videos are filed and who can use them,” said Popova, whose lawsuit was filed in Moscow’s Savyolovsky District Court this week.

Russian law on private data protection requires consent from individuals to work with their personal data.

“We looked into all regulations and laws and none of them make this technology legal,” she said.

Already many police databases, when combined with information which Russians post online voluntarily, can “let the government know which color of underwear you wear,” Popova said.

That in itself would not be so scary if the government were not corrupt and prone to leaks, she said.

“In fact, we have a regime of total surveillance without any clue of who exactly is surveilling you. Meanwhile, your data is on sale at the market and nobody is held responsible for the leaks.”

Instead of making Russians safer, the technology right now is creating additional dangers, she said.

Kremlin spokesman Dmitry Peskov on Monday defended the face recognition technology, telling journalists that it “is widely used in most countries in the world” and “helps to ensure security, catch criminals and thwart acts of terror”.

Little official information exists about the exact software used in Moscow, though media have reported the appearance of special cameras in common spots for protests and on metal detectors at authorised demonstrations.

Russia has at least 170,000 street cameras, but it’s not clear how many of them feed into the facial recognition system.

Moscow’s Department of Information has posted a review of the FindFace technology developed by Russian company NtechLab, praising it as “opening limitless possibilities” with the help of “gigantic mass of data.”

The review was apparently later deleted.