A true warrio­r of truth and clarit­y, he lived and died by the word
By Shahzeb Ahmed
Published: October 8, 2019
Tweet Email 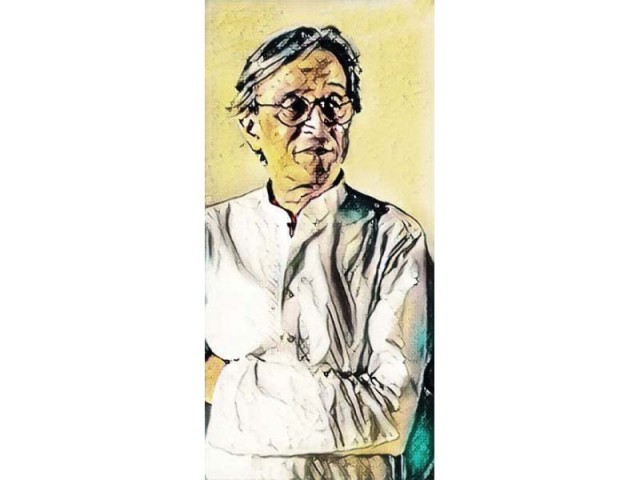 KARACHI: If I were to say Abul Hasanat sahib was the perfect man, he would be the first to take offence. He was a man of many contradictions – stuck in a profession that he had grown to despise and yet loved at the same time; around people, he deplored and cared for deeply; distressed by the degeneration of society and yet trying to come to terms with the changing norms. Hasanat sahib was neither perfect nor a saint.

And yet he meant so much to the lives he touched.

I first met Hasanat sahib when I joined The Express Tribune as a sub-editor. My initial impulse was to steer clear of him. He rebuked reporters freely – a tongue-in-cheek remark here, a casual dismissal there. Even the senior editors largely kept away from him, for fear of being insulted in front of the whole newsroom.

But somewhere between these rebukes was a deep yearning for literary excellence. If he liked your work or a report you had filed, he would never really say so. But you would later find out that he’d praised you in front of your boss.

A few months after I joined, I made a major blunder in a headline. I braced for a storm, having already been reprimanded a few times by some of my senior colleagues. As the day passed, I must have felt really low for Hasanat sahib came behind my chair, put a hand on my shoulder and gently whispered these words: “What you write is the first draft of history. There is no room for error.” I looked up and there was a calm smile on his face.

Over the years, Hasanat sahib nurtured and trained scores of cub reporters and trainee sub-editors. “If you want to write well, read the King James Bible,” he would tell me. “I am an Urdu-medium. Whatever language I know, I have acquired from reading and the King James Bible is where you start.” His emphasis on the correct usage of vocabulary and grammar was one of our only sources of contention. Hasanat sahib would want to stick to the literal meaning and I would want to take liberties. These bouts would sometimes go on for hours and often end with a one-liner from Hasanat sahib – “Look here mister, this is a dictatorship. I am not here to argue with you.” And that was that.

Conservative as he was in his writing, Hasanat sahib was adept at using the art of subtlety to take liberties with the editorial policy. If a subject was taboo, he would write in a way that would put his message across without getting picked up by the editors. “If you have command over the language, nothing can stop you from saying what you want,” he would tell me. He had a voracious appetite for reading and would often instruct me to read books on topics as varied as classical music and Middle Eastern history. He was also a walking encyclopedia on Karachi and its civic issues.

To me and many others around me, Hasanat sb was an enigma – a living legend who commanded the respect of not just his tutees but his contemporaries too. Not one to indulge in self-praise, it was difficult to know Hasanat sahib’s accomplishments as an editor. What we found out was through people who had known him over the years and were privy to his many accomplishments.

He was also a deeply personal man – not one to wear his emotions on his sleeve. And yet he was a big softie when it came to children. A colleague just recalled how Hasanat sahib had bought toys for his son. The colleague’s son to date believes Hasanat sahib is his real grandfather. He deeply loved his grandchildren – would often ask me to accompany him to the store across our office to buy candies for his granddaughter. “I know I’m spoiling her but I can’t help it,” he would say. He was also unashamed in showing his affection for his other granddaughter who lives in the US. He would blow loud kisses to her as he spoke to her via Skype – much to the annoyance of others in the newsroom. “Does it annoy them?” he asked once. On second thought, he answered his own question. “Even if it does, I don’t care.”

Of late, he had taken to Twitter and Facebook to vent his frustration. It started off with some verses of poetry and a few odd tweets aimed at the city’s crumbling infrastructure. But when a utility service provider’s spokesperson reached out through an intermediary, requesting Hasanat sahib to tone down his criticism on Twitter, it seemed he’d found a new meaning to life. And woe betide if you didn’t like or share his tweets or Facebook posts!

When he reads this, Hasanat sahib will probably reserve a few of his choicest expletives for writing such a horrible piece. I wish he was here so I could ask him how to write this. I wish I could pick up the phone and hear him sigh and tell me to email it to him so he could fix it. I called him my evil mother-in-law, for not a day passed without him taking a jibe at me for something I had done or said. I had grown to depend on him, dumping my professional and personal problems on him and soliciting his advice for everything under the sun. He would never disappoint.

At this time each day, he would be fighting with the peons for forgetting to bring his tea. I wish he would still bicker over how the office car took two hours to get him home.

Hasanat sahib always told me: “The graveyard is full of indispensables.” When I see him again, I will tell him that he is not dispensable. You are irreplaceable, Hasanat sahib. We miss you very much.