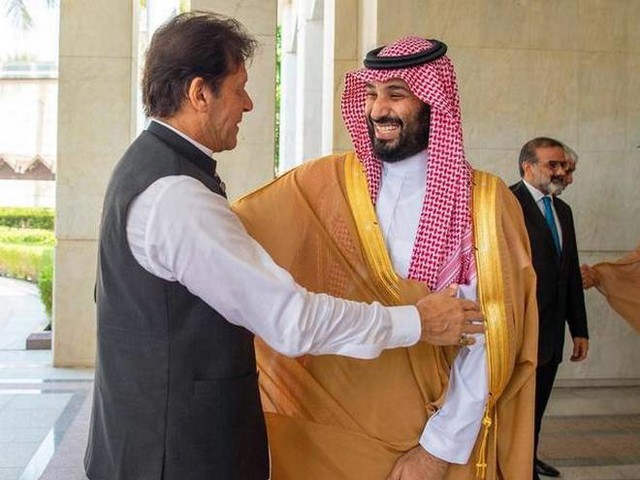 ISLAMABAD: The government has categorically dismissed as ‘utter fabrication’ a report published in a local weekly magazine, which claimed that Saudi Crown Prince Mohammad bin Salman was unhappy with Prime Minister Imran Khan and called back his private jet from Canada to New York.

The article claimed that the prince was so alienated by some dimensions of the Pakistani premier’s diplomacy at UN General Assembly that he ‘snubbed Imran by ordering his private jet to disembowel the Pakistani delegation’.

“It is totally false and absolutely carries no truth whatsoever,” a government spokesman said in a statement issued here on Sunday, adding the report also carried “baseless self-created theory with respect to the premier’s meetings with the leaders of Turkey and Malaysia in New York”.

The magazine, in one of its editorial pieces this week, was highly critical of PM Imran’s New York trip, which it claimed also had ‘some unintended consequences’.

“Inexplicably, the Saudi crown prince, Mohammad bin Salman, was so alienated by some dimensions of the Pakistani prime minister’s diplomacy in New York – he couldn’t have been happy at the prospect of Imran Khan, Recip Tayyib Erdogan and Mahathir Mohammad planning to jointly represent the Islamic bloc, nor with Pakistan’s interlocution with Iran without his explicit approval — that he visibly snubbed Imran by ordering his private jet to disembowel the Pakistani delegation,” read the article.

In today’s statement, the government spokesman clarified that Islamabad and Riyadh enjoyed ‘most cordial and brotherly relations’. “Only people with vested interests would come up with such concocted and baseless assertions,” he added.

Bringing opposition politicians into the equation, the spokesperson said that “desperation of the opposition is evident by their attempt to sabotage brotherly relations enjoyed by the two Islamic countries.”

He also said the article also attempted to undermine “the prime minister’s hugely successful interaction with world leaders in New York, mainly focusing on raising the plight of Kashmiris in the Indian occupied territory and his views on Islamophobia which were acclaimed worldwide and won hearts in Muslim world”.

The spokesman regretted that “the article was aimed at sabotaging Pakistan core national interest of brotherly relations between the two countries for petty political gains”.