People urge UN to play its role in liftin­g curfew in occupi­ed valley­
By ​ Our Correspondent
Published: October 6, 2019
Tweet Email 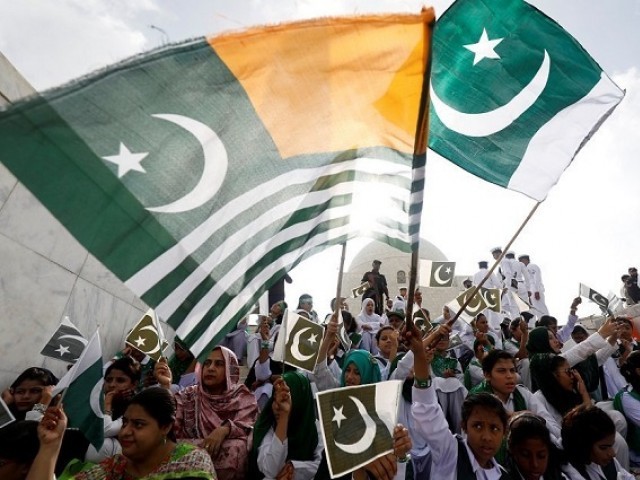 QUETTA: People from different walks of life participated in demonstrations across the province held in solidarity with Kashmiri people who have been besieged in the occupied valley for more than two months.

In Dera Bugti, protest kicked off from Pakistan Chowk and culminated at Peer Koh. A large number of people, including students and civil society members, participated in the march.

Participants holding placards chanted slogans against Indian aggression. They stressed that India must recognise the right to self-determination of Kashmiri people. They also urged the United Nations to play a role in stopping occupation forces from suppressing Kashmiris.

In Chaman, people staged a protest outside the Deputy Commissioner Office. In Kohlu, many people – including tribesmen, civil society members, and students – gathered for a demonstration. They called for freedom of the Kashmiri people.

In Surab, the local administration marched to show solidarity with the people of Kashmir. The rally that started from District Education Office was led by Surab Assistant Commissioner Bangul Khan Bugti.

Another polio case detected in Balochistan