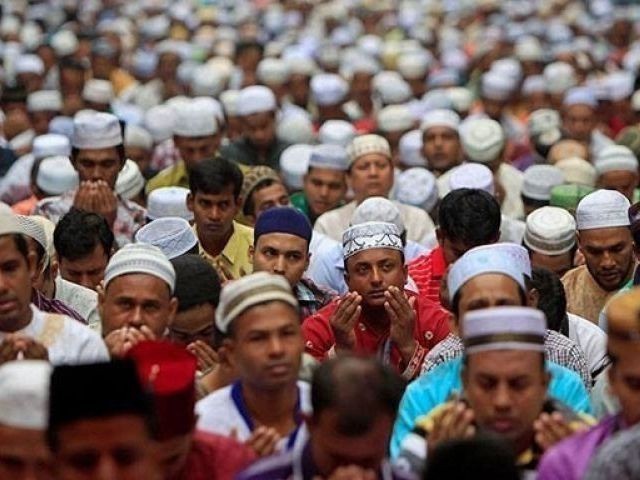 Amid rising persecution of minority groups in India, a former judge of India’s Supreme Court has issued a chilling warning to Muslims residing in the Hindu-dominated country.

Justice (retd) Markandey Katju, who is also an ex-chairman of the Press Council of India, has cautioned that “Muslims in India will be targeted in coming times, like Jews in [Nazi] Germany, as scapegoats”.

In a tweet, the former SC judge said the increased oppression of Muslims in India was because the ruling “BJP [Bharatiya Janata Party] has no solution 2 [to] economic crisis, which is worsening”.

Muslims will be targeted in coming times, like Jews in Germany, as scapegoats, bcoz BJP has no solution 2economic crisis, which is worsening

In an article published in an international magazine, ‘The Week’, earlier this month, Justice Katju wrote that “India has sown seeds for a large-scale guerrilla war in [occupied] Kashmir by stripping the territory of its special status.”

“The time has come to speak the truth that Kashmir will soon become what Vietnam was for the French and the Americans, Afghanistan for the Russians and Spain for Napoleon.”

Repression and persecution in India

Over the past two months, New Delhi’s barbaric actions against Muslims in Indian Occupied Kashmir (IOK) have dominated global headlines.

However, India’s persecution of minority groups goes far beyond the geographical limits of the occupied Himalayan territory.

Violence and discrimination against minorities – particularly Muslims and Dalits (lower caste Hindus) – have increased exponentially under the watch of the right-wing BJP.

Released in June this year, the US State Department’s annual report on religious freedom also raised questions about the Narendra Modi-led government’s inability to curb violent attacks on the country’s Muslim population.

“Mob attacks by violent extremist Hindu groups against minority communities, especially Muslims, continued throughout the year amid rumours that victims had traded or killed cows for beef,” said the report which examined attacks on minorities in India during 2018. 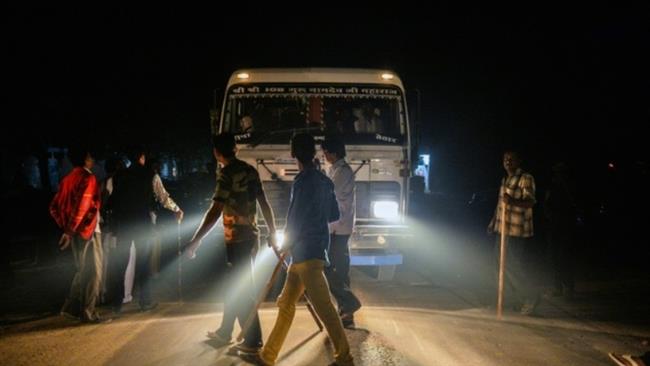 The file photo shows members of the vigilante group Gau Raksha Dal (Cow Protection Squad) inspect a truck on a highway in Taranagar in the desert state of Rajasthan, India. PHOTO: AFP

It said Hindu groups had used “violence, intimidation, and harassment” against Muslims and low-caste Dalits in 2017 to force a religion-based national identity.

It also noted reports by non-governmental organisations that the government sometimes failed to act on mob attacks on religious minorities, marginalised communities, and critics of the government.

“Despite Indian government statistics indicating that communal violence has increased sharply over the past two years, the Modi administration has not addressed the problem,” the report said.

The report further said some senior officials from the BJP made “inflammatory speeches” mainly against Muslims, who make up 14 percent of India’s 1.3 billion people.

The report stated that “the growth of exclusionary extremist narratives — including, at times, the [Indian] government’s allowance and encouragement of mob violence against religious minorities — have facilitated an egregious and ongoing campaign of violence, intimidation, and harassment against non-Hindu and lower-caste Hindu minorities.”

“A multifaceted campaign by Hindu nationalist groups like Rashtriya Swayamsevak Sang (RSS), Sangh Parivar, and Vishva Hindu Parishad (VHP) to alienate non-Hindus or lower-caste Hindus is a significant contributor to the rise of religious violence and persecution.”

It further stated that PM Modi “seldom made statements decrying mob violence, and certain members of his political party have affiliations with Hindu extremist groups and used inflammatory language about religious minorities publicly”.

The report also highlights the rising prevalence of mob violence in India. “Cow protection mobs engaged in violence predominantly targeting Muslims and Dalits, some of whom have been legally involved in the dairy, leather, or beef trades for generations. Mob violence was also carried out against Christians under accusations of forced or induced religious conversion.”

“In February 2018, Minister of State at the Ministry of Home Affairs Hansraj Ahir reported to parliament that 111 people were murdered and 2,384 injured in 822 communal clashes during 2017 (as compared to 86 people killed and 2,321 injured in 703 incidents the previous year),” said the annual report.

It stated that “police investigations and prosecutions often were not adequately pursued”, particularly when cases involved “mobs killing an individual based on false accusations of cow slaughter or forced conversion.”

More recently, India has vowed to launch a country-wide exercise to identify foreigners illegally residing in the country, but before that will adopt a law to accord Indian citizenship to all Hindu, Sikh, Jain and Buddhist refugees, but not Muslims.

Modi’s government recently concluded a similar exercise — known as the National Register of Citizens (NRC) — in the northeastern state of Assam, where two million people were declared foreigners.

“I assure all refugees — Hindu, Sikh, Jain, Buddhist and Christian — that the Government of India would not ask any one of them to leave the country,” Home Minister Amit Shah told a seminar in Kolkata.

His comments come amid rising protests from different segments of Indian society against the NRC, which aims to target “illegal Bengalis”.

In his speech, Shah mentioned several religious minority groups, except for Muslims, lending credence to rising fears of a state-sanctioned drive against Muslims living in India.

Justice (retd) Katju’s assertion of a worsening Indian economy is also not without substance.

The Indian economy has run into a rough patch, with growth dipping to the five per cent level in the year’s second quarter – the lowest over the last six years.

With a three per cent year-on-year drop, the latest falter has led to job cuts, holds on fresh hiring, rise in unemployment, factory shutdowns, and suspension of production.

Annual GDP growth slumped to 6.8% in the 2018-19 fiscal year from 7.2% in the previous fiscal year, making this the second successive year of recession.

Economists argue that GDP growth in 2019-20 could be even lower than this year. The economic slowdown is being felt across sectors including real estate, agriculture, automobile, manufacturing, and financial services.

There are clear signs that the automobile sector, which employs nearly 3.7 million people and contributes 12% to the national economy is facing its worst crisis in two decades with nearly 350,000 employees losing their jobs and nearly 300 showrooms and dealerships shutting down.