The film is now nomina­ted for the Kim Jiseok Award ahead of its releas­e
By Entertainment Desk
Published: October 3, 2019
Tweet Email 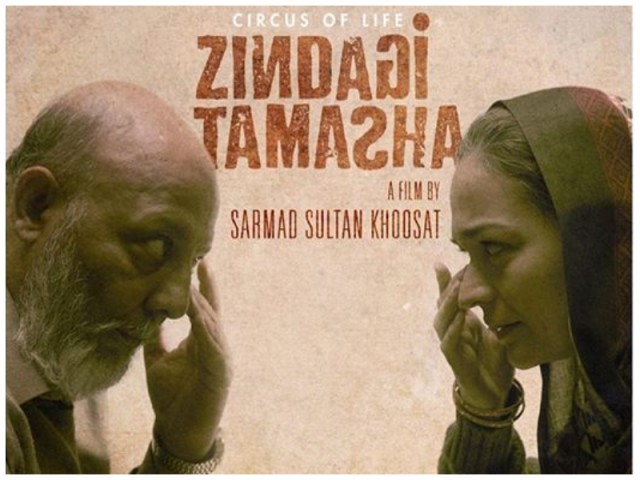 Earlier last month, film-maker Sarmad Khoosat took to social media to announce that his upcoming film, Zindagi Tamasha (Circus of life), will be screening at the prestigious Busan Film Festival and hold its premiere at the same platform as well. Now it has come to light that the movie has also been nominated for the Kim Jiseok Award.

The trailer for the upcoming drama has was recently released at a press conference held in Lahore, attended by Khoosat and the castincluding Ali Qureshi, Arif Hasan, Eman Suleman and Imran Khoosat.

The film-maker shared that Zindagi Tamaasha was made with the background of political and social situations wherein major traits of Pakistani society have been depicted. “The topic of the film is sensitive but I have spoken the truth and one doesn’t fear when speaking the truth,” he said.

According to the official synopsis, the film is “an intimate portrait of a family as well as a scorching political commentary on little gods on this earth who police our private passions.” While the end of the teaser also hints at shedding a light on the misuse of the blasphemy law.

The Manto director added that the film is a reference to Khwaja Pervez’s famous song Zindagi Tamasha Bani, and the background music of the film has been prepared by Islamabad-based band, Saakin.