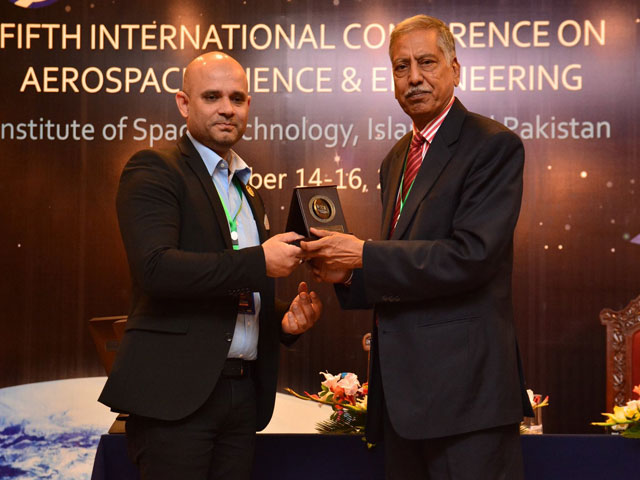 KARACHI: “Are we alone in this universe?” is a question humanity has pondered since the dawn of recorded history. From the age of mythologies, when humankind associated stars with deities, to the present day, many have looked up to the skies and imagined a cosmos teeming with life.

For those still obsessed with life beyond earth, a discovery announced by a team of scientists on Wednesday may have brought us one step closer to answering that question. And in what is sure to pique the interest of Pakistanis, a compatriot of theirs spearheaded the breakthrough.

The groundbreaking development itself revolves around the discovery of an organic molecule, understood to be a prerequisite for the existence of life, on one of Saturn’s 62 moons. The discovery, experts believe, make the moon named Enceladus a notable candidate for extra-terrestrial life.

The team of Germany and US-based scientists that made the breakthrough was spearheaded by Pakistani astrobiologist Dr Nozair Khawaja, who is a researcher at the Freie Universität Berlin. His team was conducting research on data gathered from Enceladus’ hydrothermal core by the Cassini spacecraft operated by the United States’ National Aeronautics and Space Administration’s (Nasa).

Speaking to The Express Tribune, Dr Khawaja said: “I have found a small but soluble and reactive organic compound pluming from the depths [ocean] of Enceladus. The compound from the ocean of Enceladus is already a known ingredient of amino acids found in the oceans of Earth.”

Although Nasa’s Cassini spacecraft – launched in 1997 – completed its research mission in 2017, scientists have yet to study all the research material gathered during the spacecraft’s vital mission.

“With each passing day, Enceladus is becoming one of the most habitable potential objects in the solar system to study traces of life after Earth. The next logical step should be to explore the Cassini space probe data and find more bio-signatures in the subsurface ocean of Enceladus. More space missions should be proposed and planned to explore this tiny world which is full of surprises,” said the Pakistani astrobiologist.

Life beyond the Blue Planet

Amino acids are the organic compounds known as the building blocks of life for almost every creature on Earth. Various types of amino acids play major roles in protein making, metabolism, synthesis in hormones and neurotransmitters from the brain to across the human body.

The organic molecule, found by Dr Khawaja and his team, is composed of oxygen and nitrogen and has been enveloped in ice grain. It can easily be dubbed as a precursor of amino acid.

Enceladus’s ocean is covered with an ice sheet, similar to Earth’s icy poles. The ice grains and the vapours that are ejected from this ocean through hydrothermal activity are released in space from small cracks on the moon’s surface.

On Earth, such events have been witnessed at vents or hot chimneys on the ocean floor. The hydrothermal vents on Earth eject many vital molecules and compounds vital for life. Enceladus may also hold the same mechanism as it spews essential molecules, a phenomenon recorded by the NASA and confirmed by scientists.

In 2018, Dr Khawaja had also observed a relatively large compound from Enceladus. 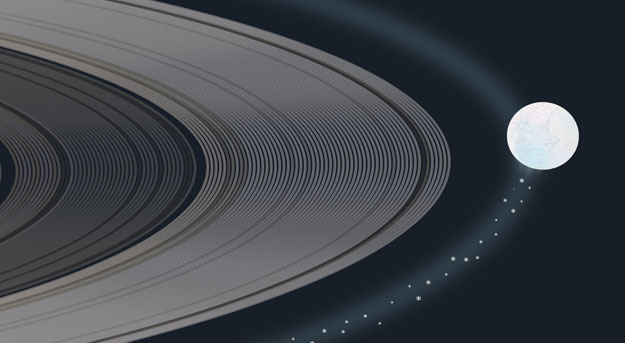 Who is Dr Khawaja?

Dr Khawaja was born in Wazirabad – a city located in Gujranwala district of Punjab. He completed his Masters in Astronomy and Space Sciences from Punjab University. Later, the Pakistani scientist acquired a PhD in Geosciences from Heidelberg University in Germany. He has also worked as a post-doctorate scholar at the Institute of Earth Sciences at the same German university.

He has done a comprehensive study on life beyond Earth and is a leading name in many research programmes.

In 2019, NASA had honoured Dr Khawaja with the ‘Group Achievement Award’ for Cassini’s Cosmic Dust Analyzer (CDA). He is also a recipient of the Horneck-Brack Award from the European Astrobiology Network Association in 2018.

His work has appeared in highly cited peer-reviewed scientific journals such as Nature, research journals and the Journal of the Royal Astronomical Society and Science.

Dr Khawaja’s latest research around the key organic molecule on Enceladus has also found a place in the Monthly Notices of the Royal Astronomical Society (MNRAS). 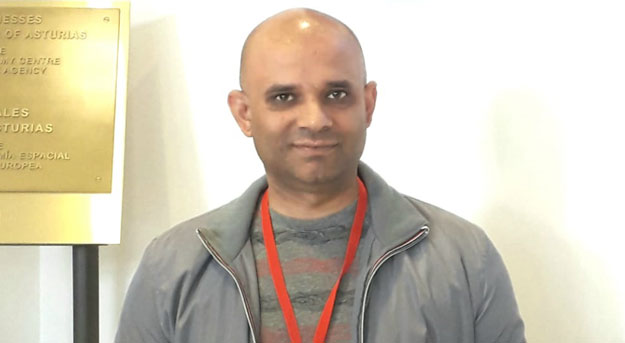