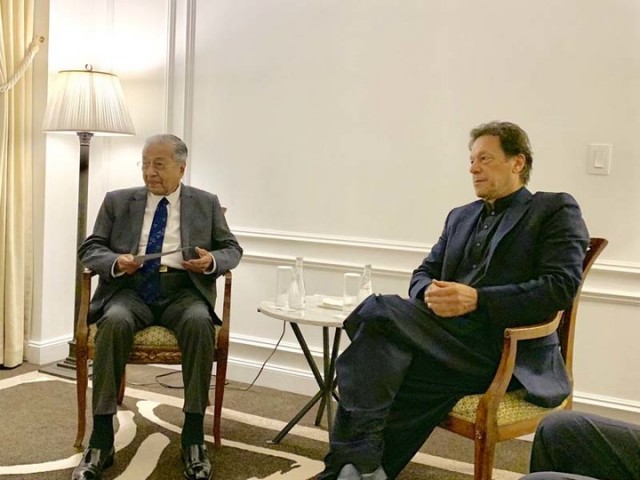 Pakistan, Turkey and Malaysia have announced setting up a joint English language channel to confront the challenges posed by Islamophobia.

The decision was announced following a tri-lateral meeting between Prime Minister Imran Khan, Turkish President Recep Tayyip Erdogan and Malaysian PM Mahathir Mohamad on the sidelines of the 74th UNGA session being held in New York.

“…we decided our 3 countries would jointly start an English language channel dedicated to confronting the challenges posed by Islamophobia and setting the record straight on our great religion – Islam,” PM Imran tweeted.

He said that the channel’s efforts would be geared towards removing “misperceptions which bring people together against Muslims”.

The issue of blasphemy, he added, would be properly contextualised whereas series and films would be produced on Muslim history to educate and inform “our own people and the world”.

“Muslims would be given a dedicated media presence,” he wrote.

Pakistan’s permanent representative to the UN Maleeha Lodhi also tweeted about the development, saying the states had agreed “to promote the narrative of Muslims to counter Islamophobia, cooperate in the area of film and also establish a joint TV channel”.

At the trilateral summit between Pakistan, Turkey and Malaysia the three leaders agreed to promote the narrative of Muslims to counter Islamophobia and to cooperate in the area of film and also establish a joint TV channel

The three countries, she added, affirmed to pool their talent and knowledge, as well as, collaborating in research and development.

PM Imran has personally headed the country’s diplomatic mission to the UNGA session with Kashmir the centrepiece of Pakistan’s agenda.

The prime minister is set to take the UNGA stage on September 27.

He has held a raft of meetings with world leaders in New York as Islamabad reaches out to the world to act on the humanitarian crisis in Indian Occupied Kashmir (IOK).

Islamabad wants the international community to urge New Delhi to lift the information blockade and curfew imposed in the occupied valley which has now crossed 50 days.

On Tuesday, PM Imran held a press conference where he reiterated that the United Nations Security Council must act on the Kashmir issue.

He also warned the international community that anything could be possible when nuclear-armed neighbours Pakistan and India come face-to-face.

He slammed countries for putting their economic interests before Indian atrocities against the people of Kashmir.