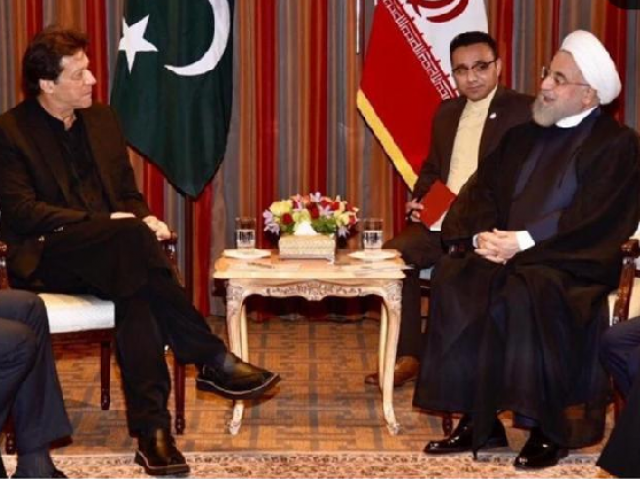 During their one-on-one meeting, the two leaders discussed bilateral relations and developments in the region.

The premier discussed the current development in IOK after India’s illegal decision to revoke its special status that affected the peace and security of the region.

PM Imran also reiterated the importance of lifting the curfew in the occupied valley.

The two leaders agreed to fast track the implementation of the bilateral agreements made during PM Imran’s visit to Iran, earlier this year.

US President Donald Trump on Monday reiterated his offer for mediation between Pakistan and India on the Kashmir dispute but emphasised that arbitration could not be carried out unless both the parties involved welcome it.

Addressing the media alongside Prime Minister Imran Khan, the US president acknowledged that the Kashmir was a complex issue that had been going on for a long time.

He said that he had never failed as an arbitrator in the past and would be available to help if asked.