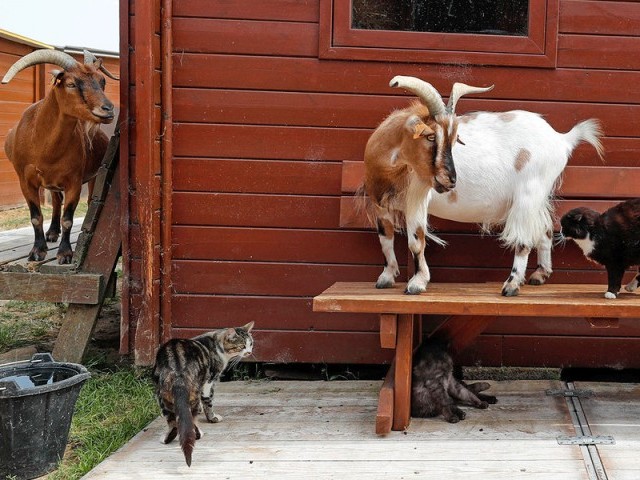 LAHORE: The Punjab government may soon embark on a comprehensive overhaul of its department for the prevention of cruelty to animals, the province’s livestock secretary has hinted. The province may also see a new set of laws that will subject those found guilty of torturing or abusing animals to more intense penalties, the top provincial government official signaled.

Last week, Livestock Secretary Nabeel Awan visited a regional office of the animal welfare department. As a result of the visit, Awan constituted a task force to look into all challenges the department currently faces while vowing to provide it all funds, manpower and resources it needs. He also advised department officials to reach out to NGOs working for animal welfare for support and input.

Speaking to The Express Tribune following the visit, Awan signaled his intent to bring about major reforms pertaining to the prevention of animal cruelty.

“Every civilised country has its own comprehensive set of laws to prevent cruelty against animals, but the one we have in Punjab at the moment does not meet modern requirements,” he said. “I intend to change the current state of affairs and reorganise the [animal welfare] department from the ground up to meet modern animal welfare needs.”

“We will ensure that imprisonment and fines against animal torture are intensified and we will make this department fully functional and active within the next six months,” vowed Awan. “We also need to enact new laws and rules for pet and stray animals as well,” the livestock secretary added.

As part of the restructuring effort, the Punjab government is planning to expand the scope of the animal welfare department to all districts of the province, sources said. Currently, the department only has presence in 17 districts, leaving the remaining 18 beyond its reach, they told The Express Tribune.

Up till now, the department, which was originally set up by livestock ministry to curb abuse of draught animals, has long been neglected by authorities, said the sources. According to them, the department has faced a chronic shortage of manpower and resources such as veterinary drugs for many years, and currently has a total working staff of only 77 people.

And if that were not proof enough of official neglect, the department has been forced to adhere to animal welfare laws that were promulgated all the way back in 1890 by the British.

Although the British law lays down punishments and penalties against the torture and merciless killing of animal species, many observers consider the provisions inadequate. Until very recently, those found guilty of torturing or mercilessly killing animals either faced a meager fine of between Rs50 and Rs200, and a prison sentence ranging between a week and a month.

The Senate did update the 129-year-old legislation last year, increasing the prescribed prison sentence to six months and the fine to Rs300,000. But the amendments were not legally binding on the provinces, which were encouraged to modify existing laws or introduce new ones as they saw fit.

On the other hand, Punjab’s former livestock secretary Naseem Sadiq also restricted the animal welfare department from issuing challans two years ago, reducing the wing’s scope to just carrying out awareness campaigns and coordinating with NGOs on the medical treatment of abandoned and stray animals.