Changi­ng the mindse­t of the people is more import­ant than tree planta­tion
By Kamal Siddiqi
Published: September 16, 2019
Tweet Email 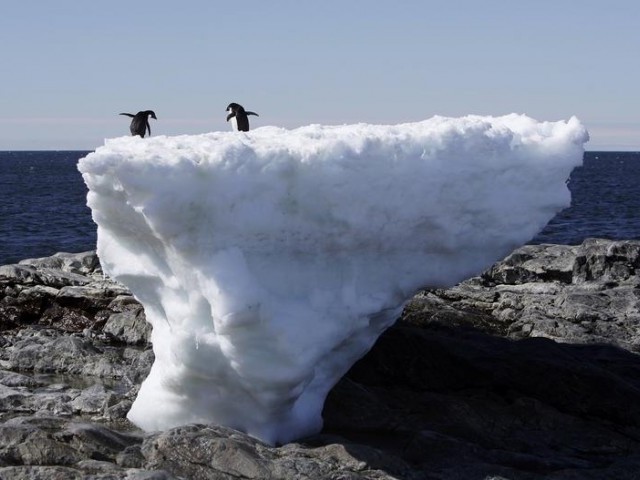 This Friday (September 20), people across the world – activists, students, environmentalists or simply anyone concerned will march to express their worry over the grave impacts of climate change.

The march had been organized in the backdrop of Swedish student Greta Thunberg’s famous protest outside the Swedish Parliament to demonstrate over raising global awareness of the risks posed by climate change and holding governments to account for their lack of action on the climate crisis. The march comes ahead of an international conference on climate change.

We need to understand that Pakistan is among the countries most vulnerable to climate change. A 2 degree Celsius increase in temperature could cause Himalayan, the Hindu Kush and Karakoram glaciers to melt. This would raise the volumetric flow rate of many of the most important rivers of Pakistan, causing flooding and disaster. Experts say that after the initial flooding, the flow will reduce drastically – in turn causing droughts.

As things stand, Pakistan’s three major climate challenges are related to floods, drought and sea intrusion. The consequences of this include water and food scarcity, health issues and population displacement.

It is not a surprise that Pakistan has been listed as the 7th most vulnerable country affected by climate change. We can see that our country’s climate has become increasingly volatile over the past several decades. Droughts or flooding are commonplace. This trend is expected to continue.

Pakistan has faced around 150 freak weather incidents as a result of climate change in the past 20 years. This includes flash floods, smog in winter, forest fires in summer, melting glaciers, freaky heat-waves and landsides.

During the floods in 2010-11, almost 10% of Pakistan’s population was displaced in 2 provinces, one in the North and another in the South. In 2018, the costs of extreme weather as a consequence of climate change were listed at $384 million and in the past 20 years, there has been a cost of almost $2 billion to the national economy because of the ravages of climate change. These are massive numbers but what is surprising is that the government has not done much to address the issue.

On Friday, it is expected marches will take place all over Pakistan. Most cities in Pakistan have their own specific demands. From action on reducing air pollution in Lahore to an end to garbage burning and the cutting of trees in green belts in Islamabad. The nation-wide demands are that the government declare a climate emergency, such as the one declared by the UK government recently, demand climate justice through a global coalition, adopt a low-carbon economy and ensure grass-root level climate adaptation efforts.

Broadly speaking, climate change refers to a broad range of global phenomena created predominantly by burning fossil fuels, which add heat-trapping gases to the earth’s atmosphere. These phenomena include the increased temperature trends described by global warming, but also encompass changes such as sea-level rise, ice mass loss in Greenland, Antarctica, the Arctic and mountain glaciers worldwide, shifts in flower/plant blooming and extreme weather events. We are seeing much of this happening in our country already.

There is hope that the government will sit up and take notice. This week, while speaking about his address at United Nations General Assembly later this month, Prime Minister Imran Khan told Al Jazeera TV in an interview “Under normal circumstances, I would have talked about climate change. Pakistan is one of the few countries that are most vulnerable to climate change. I would have spoken at length on that.” But owing to events in Kashmir, he has decided to highlight the repression against the Kashmiri people.

The PM has highlighted this issue time and again. Earlier this year, the prime minister called for greater attention to tackling climate change and poverty. He has also been a great advocate for planting trees, declaring August 18 as tree plantation day and urging every Pakistani to plant at least two saplings each.

Tree plantation is only one initiative. Many more have to be taken. The most important, of course, is to change the mindset of the people. Awareness should be accompanied by capacity building at the government level. If this is not addressed, we are looking at water and food shortages in the years, which will make our country vulnerable and weak. The time to act is now.

The Afghan peace deal: not dead yet