Car dealers threaten to go on strike in Lahore

Car dealers threaten to go on strike in Lahore 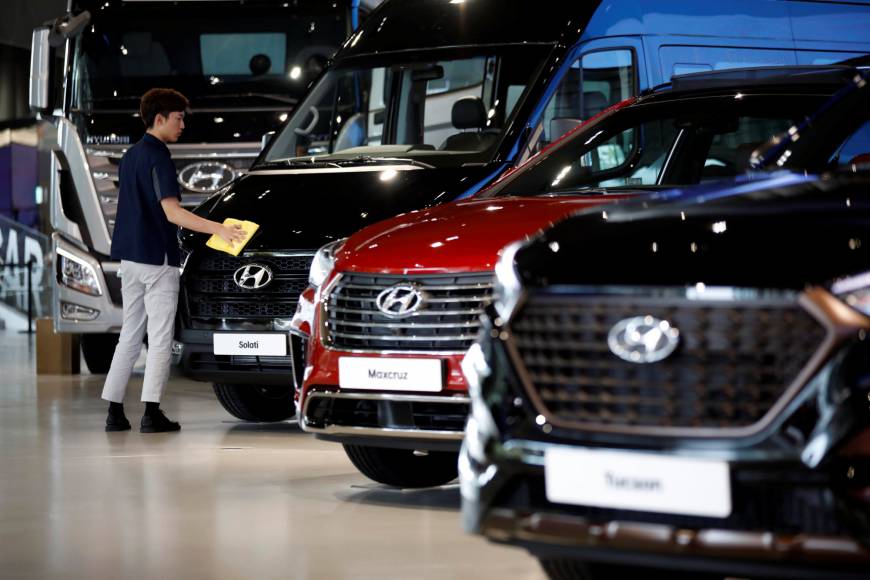 LAHORE: Automobile dealers of Lahore, specialising in four-wheelers, have warned the federal as well as the Punjab government that they will call an indefinite strike at city’s main artery, the Mall Road if their problems related to different taxation measures and imported vehicles were not resolved soon.

At a press conference on Thursday, Lahore Car Dealers Federation President Shahzada Saleem Khan said that government officials were not interested in solving their problems, which the dealers were facing since the new government assumed office.

“We are observing the collapse of the [auto] sector and to date, 35% of car showrooms have shut down due to little or no business after this government assumed power,” Khan said. “The city has around 2,000 showrooms and we see one or two close every day.”

He recalled that the federation had launched a protest a few months back and Provincial Minister of Industries Mian Aslam Iqbal had assured to fix issues that car dealers had with the Excise and Taxation Department and Punjab Revenue Authority within a few days.

“For taxation issues pertaining to the Federal Board of Revenue (FBR), the minister told us that he will act as our advocate but he has done nothing for us,” he added. The federal government has imposed different taxes on locally-manufactured cars and almost closed the imported car market after imposing heavy duties, he remarked.

Additionally, the official argued that multiple rounds of rupee devaluation added further burden and caused car prices to skyrocket in the past one year. Car dealers said that local industry would further deteriorate if the situation remained the same and new auto players, poised to enter the car market, would shut down their plants due to lack of demand.

Oil slips towards $60 on demand worries despite trade hopes