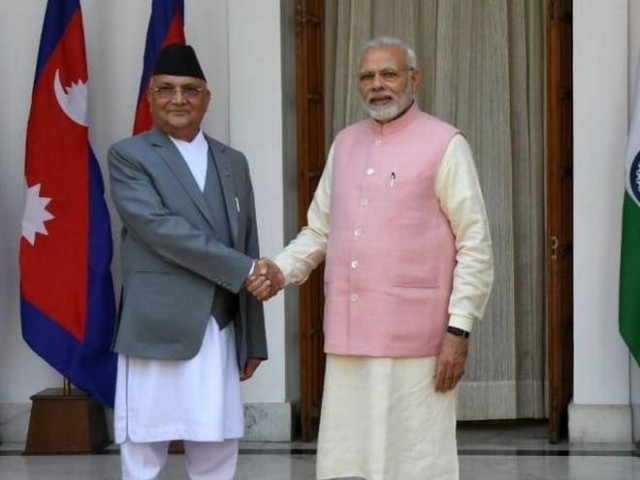 Nepal’s southern neighbour India has traditionally been the sole supplier of fuel to Nepal via border checkpoints.

The 69-kilometre (43-mile) pipeline from Motihari in north India to Amlekhganj in Nepal, originally scheduled to be completed by next year, will have a capacity of two million metric tonnes per annum.

Prime Minister Narendra Modi’s office said he “expressed confidence that bilateral relations between India and Nepal will continue to further deepen and expand across diverse sectors”.

Relations between the two nations were strained in 2015 when the Himalayan country passed a controversial new constitution, sparking deadly protests and triggering a months-long border blockade many in Nepal accused New Delhi of backing.

The blockade caused a severe shortage of fuel and goods as Nepal struggled to recover from devastating earthquakes earlier that year.

The crisis also prompted Nepal to sign its first-ever fuel supply agreement with China to ease the shortage.

The inauguration of the pipeline came as Chinese Foreign Minister Wang Yi held talks with his Nepali counterpart Pradeep Kumar Gyawali in Kathmandu on Tuesday.

Beijing has been increasing its influence in Nepal, becoming one of the top development partners for the impoverished country and pumping in nearly $60 million in the last fiscal year into hydroelectricity, roads and other infrastructure projects.