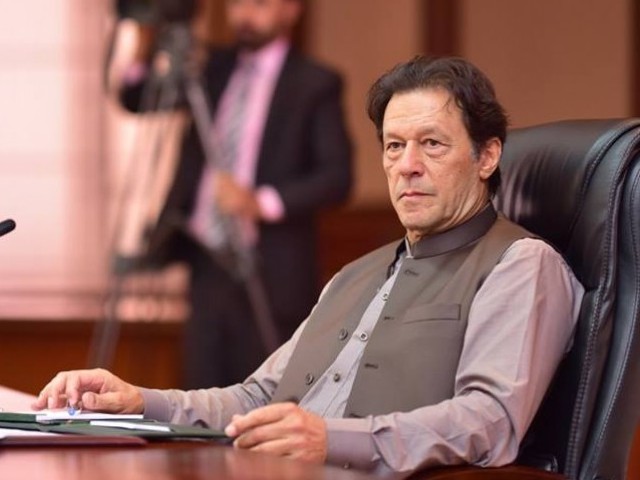 KARACHI: A day after Prime Minister Imran Khan constituted a committee to resolve the issues faced by Karachi, the body branded itself the ‘Karachi Strategic Committee’ and expanded its membership to now include 12 elected representatives – six each from the Pakistan Tehreek-e-Insaf (PTI) and the Muttahida Qaumi Movement-Pakistan (MQM-P). On Tuesday, the committee members put their heads together for the first time to come up with a plan to rescue Karachi from the ‘mess it has become over the last decade’.

On Monday, the prime minister constituted a high-powered committee in Islamabad, which was tasked with formulating short-, medium- and long-term plans to resolve the issues being faced by the residents of Karachi. The committee is headed by Federal Minister for Law Dr Farogh Naseem of the MQM-P. Other members of the committee were Federal Minister for Maritime Affairs Syed Ali Haider Zaidi, Federal Minister for Planning and Development Makhdoom Khusro Bakhtiar and the Director-General of the Frontier Works Organisation (FWO), Major General Inam Haider Malik.

On Tuesday, the committee invited more lawmakers into the fold, with a meeting convened to discuss various issues, including garbage, sewerage and water supply.

Addressing the media after what he claimed was a three-hour-long discussion, Naseem said that the committee has decided to look at the legal and constitutional aspects of the issues being faced by the citizens for the last decade or so.

“We are not in confrontation with anyone [provincial government],” clarified Naseem. “We are serious about resolving the issues of Karachi and I assure you [people of Karachi] that this committee will give you results,” he claimed.

The federal minister said that the drive initiated by Zaidi, titled ‘Clean Karachi’, will also continue. He accused the Pakistan Peoples Party government of not doing anything to resolve the issues faced by the citizens in the last 11 years. “We have to resolve the issues of the city, if we want to save it,” he justified. Naseem said that all possible resources would be utilised to resolve the basic issues, including garbage and sewerage.

Naseem said that the citizens of other cities such as Larkana have the same rights as those of Karachi, adding that their issues should also be resolved accordingly.

Sources said that the committee has not been given any certain time frame to come up with its recommendations. “It may take a month,” said one of the members, who asked not to be named. “The PPP is nothing but garbage and we will remove it too from the city and the province,” he added.

Meanwhile, PTI Sindh president Haleem Adil Sheikh told The Express Tribune that the PTI government wanted to give Karachi better infrastructure. “Our government will resolve the issues of Karachi and other cities of Sindh as well,” said Sheikh. “We will not leave the people of Sindh at the mercy of the PPP government. PM Khan is serious and wants to immediately resolve all the basic issues being faced by the citizens for years,” he added.

When the Information Minister Saeed Ghani was contacted for comment, he said that without taking the provincial government on board, the Centre would not be able to achieve anything. “No one has reached out to us,” said Ghani, adding that if they do reach out to the Sindh government and it is for the betterment of Karachi’s citizens, they would be willing to support the cause. Meanwhile, when the Sindh government’s spokesperson, Murtaza Wahab, was asked about the formation of the committee, he let out a chuckle in response. “What is the plan of action? What is that they want to do?” he questioned.

According to Wahab, the prime minister has constituted this committee without any strategy or plan. “Neither did the PM give any funds for Ali Zaidi’s initiative nor has he allocated any funds for this committee,” said Wahab. “What about the Karachi package announced by the PM?” he questioned, adding that they wouldn’t be able to do anything without funds.